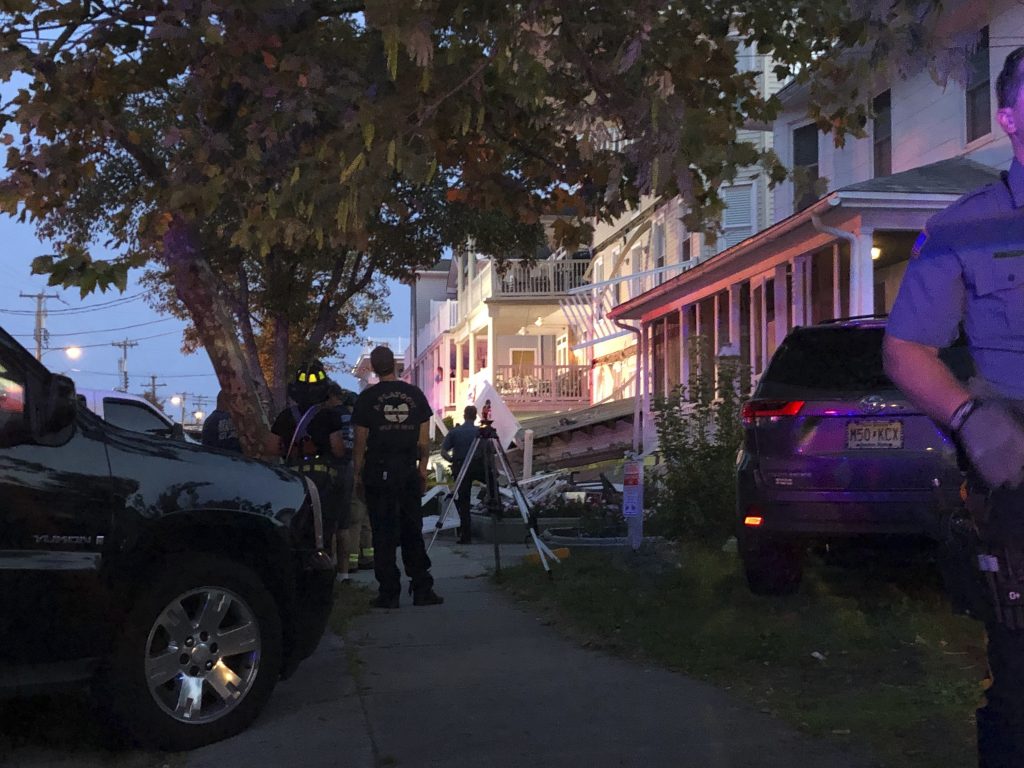 Multiple levels of decking attached to a building collapsed Saturday evening at the Jersey Shore, trapping people and injuring several, including children, officials and witnesses said.

It was unclear how many people were on or under the decks at the time, but authorities said those who were trapped were quickly removed.

The annual convention attracts thousands of current and former firefighters to the resort town. Firefighters were likely among those hurt or trapped.

The number of injured was unclear, but neighbors said several people required hospitalization. Children were among those injured, a witness said. No deaths were immediately reported.

Photos and video on social media showed firefighters trying to lift a piece of decking. Images showed multiple levels of decking ripped away from the building and reduced to beams and splintered wood.

The decks appeared to have been attached to a three-story building and topped by a fourth-floor overhang. The second and third levels appeared to have pancaked onto a first-floor deck. The overhang looked intact.

Wildwood Fire Chief Daniel Speigel said authorities would not make a statement Saturday amid attempts to clean up and investigate. More information is likely on Sunday, he said.