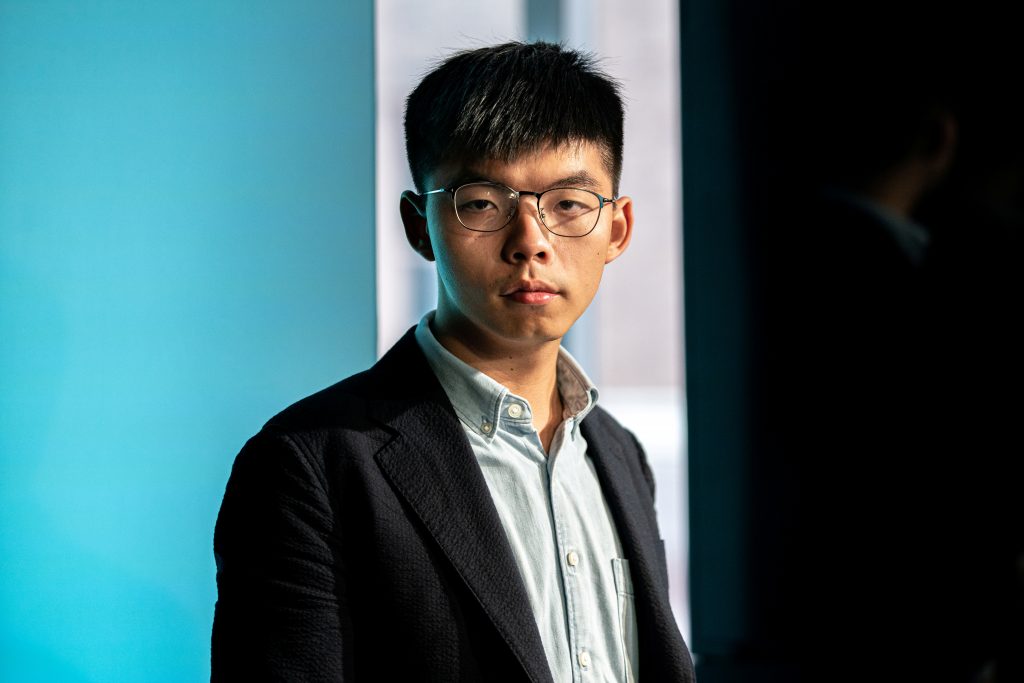 Hong Kong pro-democracy activist Joshua Wong said on Saturday he was seeking the support of U.S. lawmakers for the demands of his fellow protesters who have led months of streets demonstrations, including a call for free elections.

Wong, who spoke to Reuters in New York ahead of a planned visit to Washington, led Hong Kong’s pro-democracy “Umbrella Movement” in 2014. The latest protests, which began over a now-withdrawn extradition bill but grew into demands for greater democracy and independence from mainland China, are mostly leaderless.

“We hope … for bipartisan support,” Wong said of his trip to Washington, adding that U.S. lawmakers should demand the inclusion of a human rights clause in ongoing U.S.-China trade negotiations.

He said he also hoped to convince members of Congress to pass the Hong Kong Human Rights and Democracy Act, which would require an annual justification of the special treatment that for decades has been afforded to the city-state by Washington, including trade and business privileges.

The bill would also mean that officials in China and Hong Kong who undermined the city’s autonomy could face sanctions. Democratic U.S. Senator Chuck Schumer said earlier this month that it would be a priority for U.S. Senate Democrats in their new session, which started on Monday.

Hong Kong returned to China from British rule in 1997 under a “one country, two systems” formula that guarantees freedoms not enjoyed on the mainland.

China has accused foreign powers, especially the United States and Britain, of fueling the unrest.

The latest protests, often involving violent clashes with police, have roiled Hong Kong for more than three months. Millions of people have taken to the city’s streets, even shutting down its airport for two days. Demonstrators’ demands include an independent inquiry into what they describe as police brutality and universal suffrage.

There were clashes in the Kowloon Bay area on Saturday. But the unrest was minor compared with previous weeks when protesters attacked the legislature and Liaison Office, the symbol of Chinese rule, trashed metro stations and set street fires. Police have responded with tear gas, rubber bullets and water cannon.

China is eager to quell the protests before the 70th anniversary on Oct. 1 of the founding of the People’s Republic of China. The nation has not involved its military in efforts to quash the protests.

Wong said the Hong Kong people would keep fighting for their cause through the anniversary.

“We will continue our protest with our course on free elections,” he said. “I see no reason for us to give up and it’s time for the world to stand with Hong Kong.”