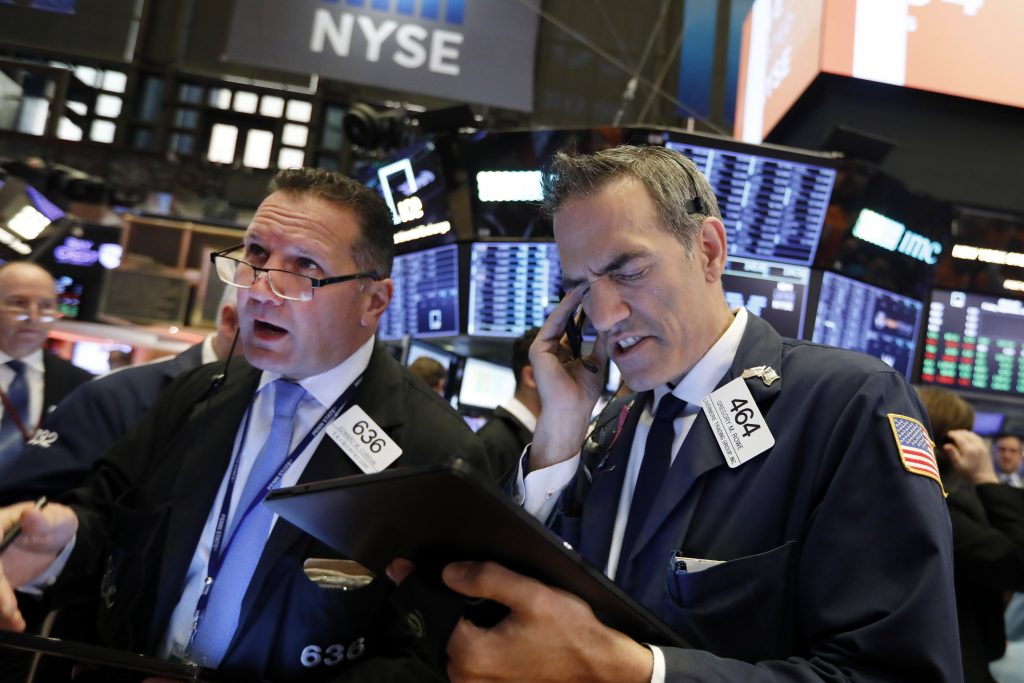 Still, stocks are on track for their third straight weekly gain, having been bolstered in prior sessions by an easing of tensions in the U.S.-China trade war.

Bond yields rose sharply after the government reported that Americans kept spending money in August, particularly on cars. The yield on the 10-year Treasury rose to 1.87% from 1.79% late Thursday.

Health-care stocks made some of the strongest gains. UnitedHealth Group rose 1.7% and Humana rose 2.6%.

Technology stocks reversed course from the past few days and broadly fell. Apple and Broadcom were the heaviest weights holding the sector down. Apple is among several big technology companies being asked for documents as part of a Congressional antitrust investigation.

Chipmakers fell broadly after Broadcom warned that demand remains weak and couldn’t project when it will pick up again.

Optimism has been building on Wall Street all week as the U.S. and China make conciliatory gestures on trade a month ahead of planned negotiations. The week marks a stark contrast to the entire month of August, when both nations made increasingly damaging retaliatory moves to escalate the dispute that has threatened to slow global economic growth and potentially prompt a recession.

Investors are also closely watching the latest economic data. The Commerce Department’s retail sales report beat economists’ forecasts, but showed that consumers are becoming more cautious. The increase came from auto sales. Without those sales, spending was flat for the first time since February.

WINNING WEEK: The broader market is coasting toward another weekly gain and the S&P moved closer to its all-time high of 3,025.86 set on July 26. But smaller-company stocks are set to be the big winners this week. The Russell is up 5.1%, far outpacing the Nasdaq’s 1% increase and the S&P 500’s 1.1% gain.

The smaller, U.S.-focused companies in the Russell are seen as more insulated from the volatile swings in the U.S.-China trade war.

YIELDING GAINS: A steady rise in bond yields propelled bank stocks higher this week. The yield on the 10-year Treasury note is up more than 30 basis points from 1.55% late last week as investors grow more confident about economic growth amid easing trade-war tensions. JPMorgan is up 6.4% and Bank of America gained 8.8% this week, far outpacing the broader market.

STALE CHIPS: Broadcom fell 3.6% after the chipmaker reaffirmed its already-disappointing revenue forecast for the year. The company said demand “bottomed out” but will remain weak because of an “uncertain environment.” Broadcom gets about 48% of its revenue from China.

OVERSEAS: Stocks in Europe moved broadly higher amid the latest developments in Britain’s planned exit from the European Union. British Prime Minister Boris Johnson and European Commission President Jean-Claude Juncker will hold face-to-face talks next week in a bid to break the impasse on a potential deal. Britain could experience a bumpy economic road if it exits the European Union on Oct. 31 without a deal on trade and other issues.