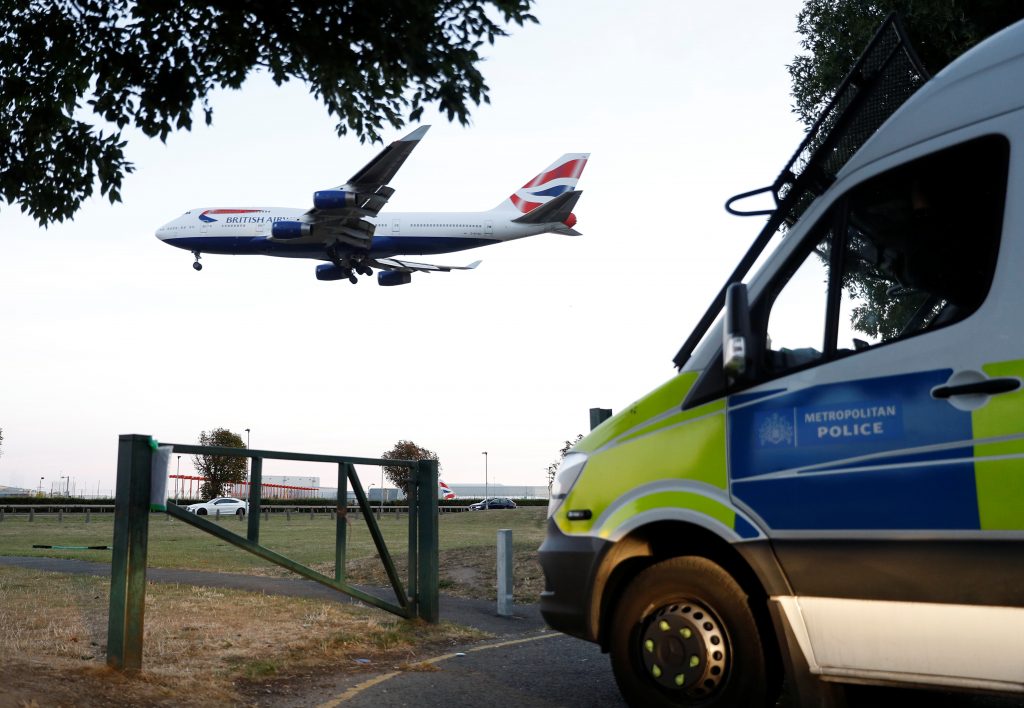 Climate-change activists who hoped to bring London’s Heathrow, Europe’s biggest airport, to a standstill on Friday instead found it was their drones that had been grounded.

But Heathrow said it remained “open and fully operational despite attempts to disrupt the airport through the illegal use of drones in protest nearby.”

“We agree with the need for climate change action but illegal protest activity designed with the intention of disrupting thousands of people is not the answer,” a spokeswoman said.

The Heathrow Pause group posted a live stream of its early-morning activities near the airport online, and said its drones had been kept on the ground with jamming signals.

“We’ve got a little technical glitch. The drone isn’t flying,” an unidentified campaigner says in the video, as another holds a drone in the air.

Determined to avoid a repeat of December’s embarrassment, police had already been moving people away from Heathrow‘s perimeter for 48 hours, issuing reminders that disrupting airport operations or flying a drone within a 5-km (3-mile) radius were serious crimes.

On Friday, they arrested two men at the airport on suspicion of conspiracy to commit a public nuisance, and said seven others had been arrested since Thursday.

“The order has been implemented to prevent criminal activity which poses a significant safety and security risk to the airport,” they said in a statement.

Heathrow Pause is a splinter group of the climate group Extinction Rebellion, which blocked streets in central London this year. It had said it would fly the drones no higher than head height and had no wish to endanger life.