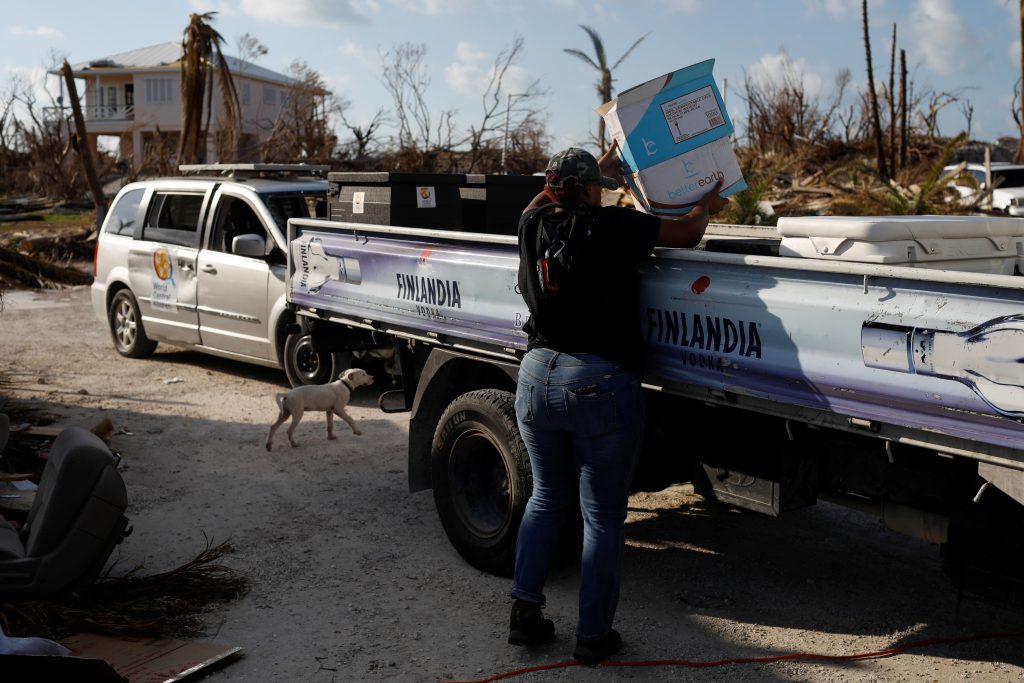 A new storm brought rain and wind to the hurricane-ravaged Bahamas early Friday, with the Miami-based National Hurricane Center (NHC) warning that it could turn into a tropical storm.

Early Friday, it was a tropical disturbance over the central Bahamas, packing winds of 30 mph (45 kph) and was expected to drop three to five inches of rain through Sunday, the NHC said.

There is an 80% chance that it will turn into a stronger tropical depression or even a tropical storm named Humberto in the next day or so as it crawls at 3 mph (5 kph) across the Bahamas and takes aim at Florida, the NHC said.

A tropical storm warning was in effect for Northwestern Bahamas, including hurricane-hit Abacos and Grand Bahama Islands, the NHC said.

The storm is expected to pick up speed as it moves northwest on Friday and could hit Florida on Saturday, it said.

A tropical storm watch was issued for portions of the coast of east-central Florida late Thursday, and South Florida could see tropical storm force winds as early as Friday evening, the NHC said.

Hurricane Dorian slammed into the Bahamas on Sept. 1 as a Category 5 storm, one of the strongest Atlantic hurricanes on record to hit land, packing top sustained winds of 185 miles per hour (298 kph).

The tropical cyclone was not expected to bring anywhere near that level of devastation.

With 1,300 people still missing, according to the Bahamian government, relief services are focused on search and rescue as well as providing life-sustaining food, water and shelter.

The prime minister of the Bahamas, Hubert Minnis, on Wednesday said the official death toll stood at 50 but was expected to rise.

Minnis said there were problems coordinating aid due to the level of devastation and he was trying to remove “bureaucratic roadblocks.”

Officials have erected large tents in Nassau to house those made homeless by Dorian and plan to erect tent cities on Abaco capable of sheltering up to 4,000 people.