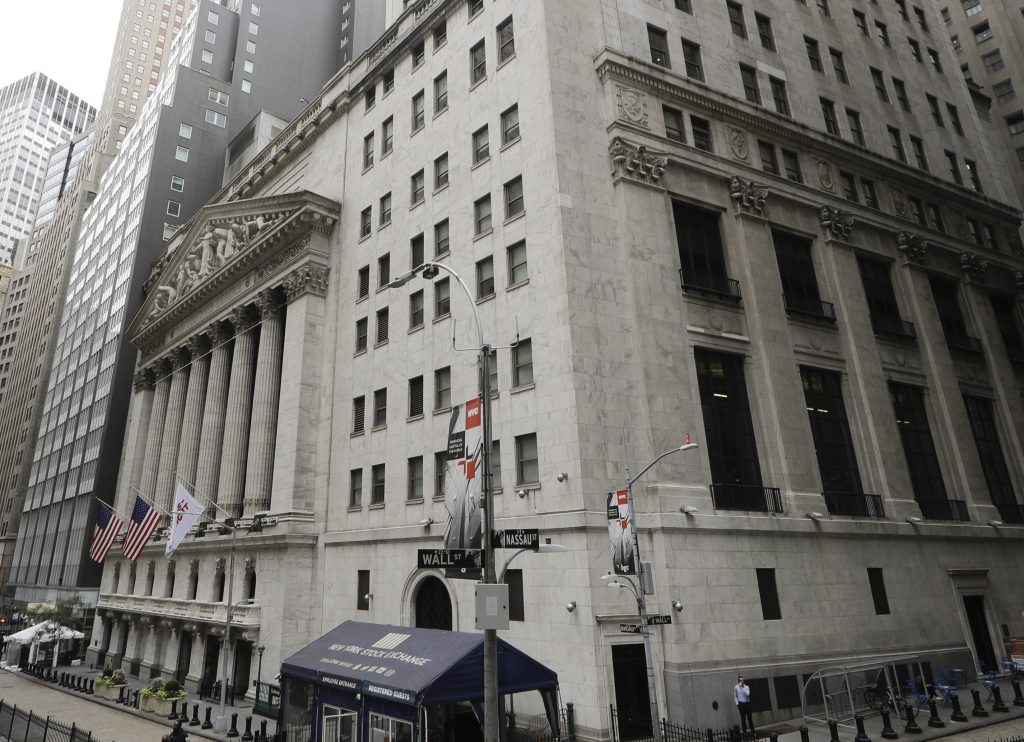 Stocks climbed broadly on Wall Street in afternoon trading Thursday as investors cheered moves by the U.S. and China to ease tensions in their costly trade war.

Technology and consumer-focused stocks helped power the rally, extending the market’s solid gains from the day before. The benchmark S&P 500 index climbed to within 0.2% of its all-time high set July 26.

The U.S. agreed to delay another round of tariffs on Chinese imports by two weeks to Oct. 15. Meanwhile, Chinese importers have asked U.S. suppliers for prices for soybeans and other farm goods — a sign they might step up purchases of American agricultural products.

The gestures stoked cautious optimism among investors that the next round of trade talks in October between Washington and Beijing may lead to some progress after a string of failed attempts to reach a deal.

“What’s driving markets today is the potential for an interim trade deal,” said Tony Roth, chief investment officer at Wilmington Trust. “There’s enough pain to (China’s) domestic economy and there’s enough pain to our domestic economy that it’s in both presidents’ interests to take a step back and have a little bit of breathing room right now. That’s what’s changed.”

Financial markets were rattled in August as the trade conflict escalated, fueling worries that more tariffs and a slowing global economy could bump the U.S. into a recession. The economic uncertainty has also become a drag on companies.

Tech stocks notched solid gains Thursday. The sector’s companies, particularly chipmakers, are heavily impacted by the trade war because many of them make products in China or rely on Chinese suppliers.

STRONG SEPTEMBER: Several weeks of solid gains have helped the S&P 500 more than recoup its losses in August and it is edging closer to its record-high of 3,025.86, reached July 26.

Small companies are the star performers so far this month. The Russell 2000 index of smaller-company stocks is up 5.2%, with much of the gain coming this week. Smaller companies within the index are viewed as more insulated from the impact of volatile swings in the U.S.-China trade war.

OVERSEAS: Stocks in Europe rose following the European Central Bank’s latest round of economic stimulus. The central bank cut the rate on deposits it takes from banks and said it will start buying bonds, which will help pump money into the financial system and lower borrowing costs. The rate cut was widely expected as the European Union faces an uncertain future with Britain’s likely chaotic exit on Oct. 31. European nations are also facing a broad economic slowdown as the impact of the U.S.-China trade war reverberates globally.

SHORT HEM: Tailored Brands plunged 28.2% after giving investors a dismal third quarter profit forecast and halting its dividend. The company also expects a decline in sales, including at its struggling Men’s Wearhouse stores and Jos. A Bank locations.

CEO SURPRISE: DXC Technology fell 12.5% after the information technology company said CEO Mike Lawrie retired and is being replaced by Mike Salvino, a current board member at DXC and former managing director at a tech sector focused investment firm.