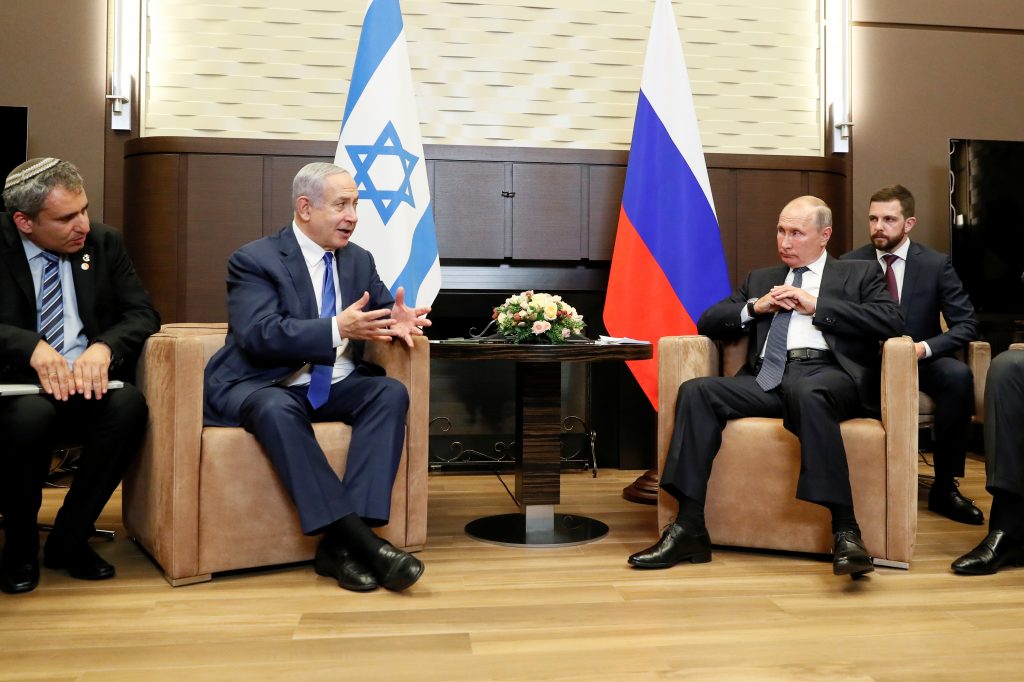 Israeli Prime Minister Binyamin Netanyahu told Russian President Vladimir Putin on Thursday that Israel will not put up with threats from Iran, which, in his words, was using Syrian territory for aggression, Interfax news agency reported.

The two held a meeting at the Russian Black Sea resort of Sochi, for some three hours.

Putin praised military and security cooperation between Russia and Israel during the meeting, according to RIA news agency.

Just prior to the closed-door conversation, Putin was careful to maintain neutrality regarding the upcoming Israeli election. “Russia cares a lot about who will be elected to the Knesset and I hope that whoever enters the Knesset will continue bilateral ties between the countries and will push our relationship forward,” The Times of Israel quoted him saying.

Earlier in the day, Netanyahu had reportedly told Russian Defense Minister Sergey Shoygu that Israel is stepping up attacks against Iran-backed forces in Syria.

“Israel has ratcheted up its activities recently because Iran has increased its attempts to attack Israel from Syrian territory, and so there is a need to step up our defense cooperation,” Netanyahu said, according to Israeli media reports.

Speaking to Russia’s RBK network, Netanyahu claimed his close relationship to Putin is key to Israel having Russian backing for its anti-Iran air campaign.

“This coordination [between the two countries’ militaries] has become possible only because President Putin and I respect each other. We talk as peers, openly and without a hint of dismissiveness. We speak frankly, calling a spade a spade,” he said, according to a translation by the Russian news agency Sputnik.

However, in his brief remarks, before meeting Netanyahu, Putin did not mention their personal relationship.

Putin said he will visit Israel to dedicate an Auschwitz memorial and possibly a memorial commemorating the siege of Leningrad, though he did not specify a date.