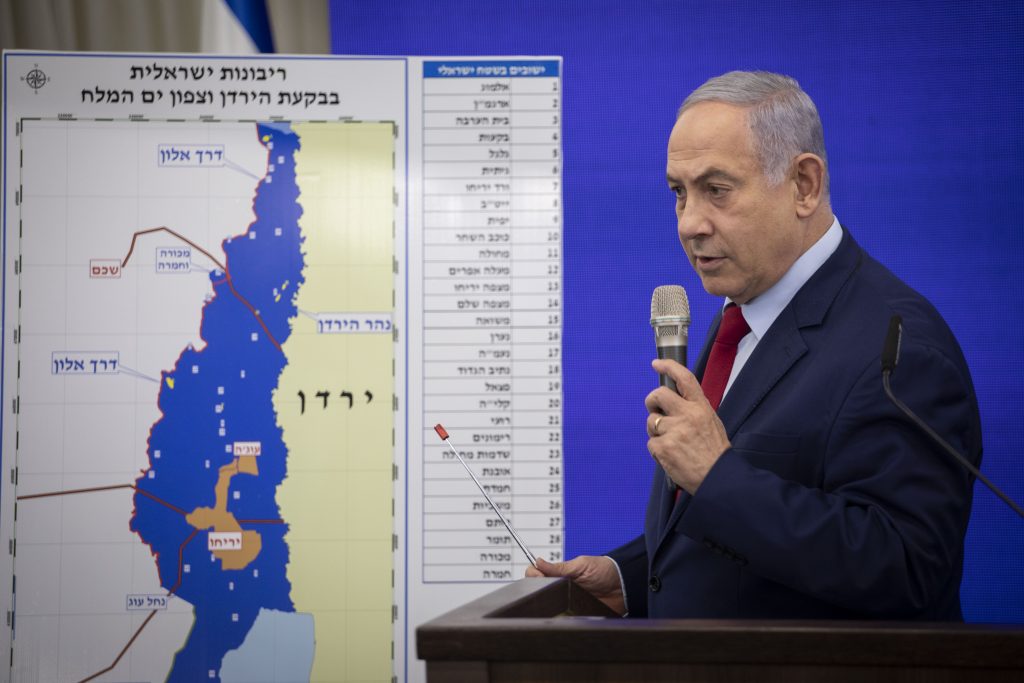 A Likud official admitted on Thursday to giving the Central Elections Committee a misleading statement about what he said would be the non-political content of Prime Minister Netanyahu’s speech on Tuesday night, which was approved by the CEC despite a protest from opposition parties.

At a hearing on contempt of court charges, Likud spokesperson Jonathan Urich, admitted that about 25 percent of the speech was election propaganda, and he apologized for the inaccurate statement.

Urich reportedly assured committee chairman Judge Hanan Melcer that the speech would be free of political propaganda and would be “informative” and have “journalistic value.” According to Israeli law, in the 60 days before elections it is prohibited to broadcast any form of political advertisement outside of designated time slots.

Ulrich was served with a subpoena to the hearing for contempt of court, according to media reports.

Netanyahu’s speech, about annexing the Jordan valley, turned out to be laced with overt political content, including such statements as “The question is ‘Who will be the next Prime Minister of Israel, me, or Gantz and Lapid?’ Gantz and Lapid have already said they would uproot 80,000 settlers – with me no one will be uprooted.”

A member of the election committee told Ha’aretz that the committee was watching the press conference, and were considering calling the networks to instruct them to cut the broadcast short, but the news networks did so on their own before the committee had time to call.

Upon hearing news of the subpoena, Netanyahu told Yisrael Hayom, “It reminds me of the Soviet Union.”