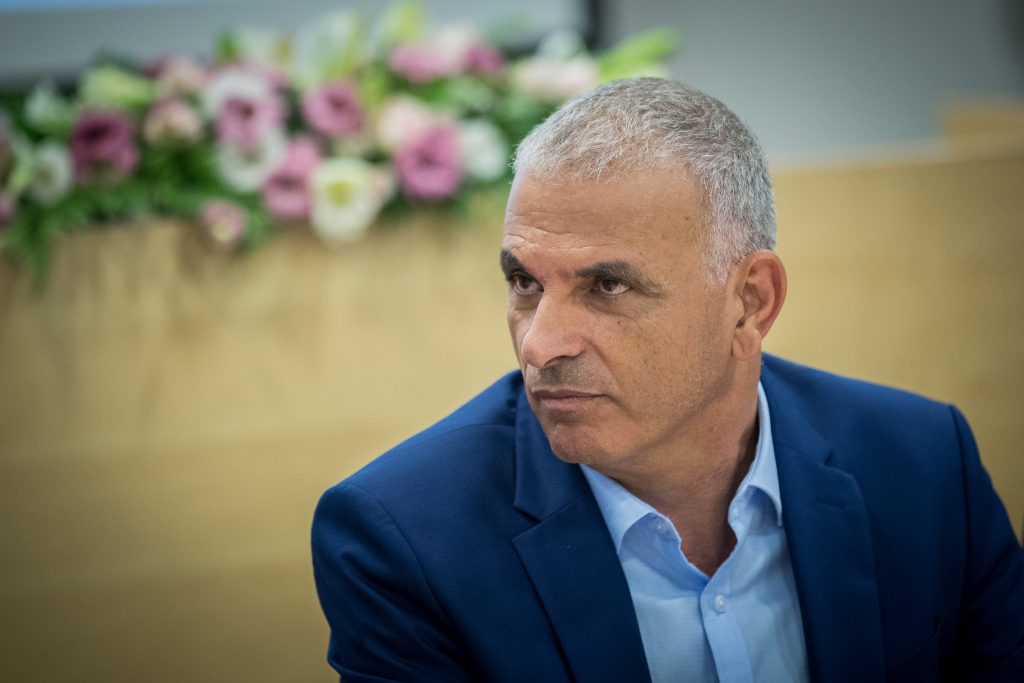 Israel’s Finance Minister Moshe Kahlon quoted a U.S. official telling him on Thursday that the sanctions on Iran would not weaken, despite apparently conciliatory statements from U.S. President Donald Trump, which have aroused concern in Yerushalayim.

“I just finished an excellent working meeting with Sigal Mandelker, the under-secretary of the treasury,” Kahlon reported on his Twitter account.

“I was happy to hear from her that, contrary to media reports, there is no change in U.S. sanctions policy toward Iran and they will continue at full strength.”

A Bloomberg report on Wednesday suggested that Trump was considering easing sanctions to woo Iranian President Hassan Rouhani to a meeting.

In a similar vein on Thursday, U.S. state department counter-terror official Nathan Sales told The Jerusalem Post that Washington is keeping up its ““maximum pressure campaign to get Iran back to the table” for a “better deal than the JCPOA,” referring to the Iran nuclear accord negotiated by the Obama Administration and European allies.

When asked if the Trump administration had revised downward its criteria for an acceptable improved deal now that the president is suggesting talks with Iran, Sales said that Secretary of State Mike Pompeo’s 12 principles remained the standard and that an improved deal would mean a major change, not merely cosmetic.

Meanwhile, Ron Dermer, the Israeli ambassador to Washington, urged the United States to “stay the course” on Iran, the JTA reported.

“What is important now is to stay the course, stand up to Iran’s aggression and continue ratcheting up the pressure until Iran abandons its nuclear ambitions once and for all,” Dermer said. “Israel looks forward to working with the Trump administration to do just that in the year ahead,” he said referring to the Jewish year at a pre-Rosh Hashanah gathering in Washington.