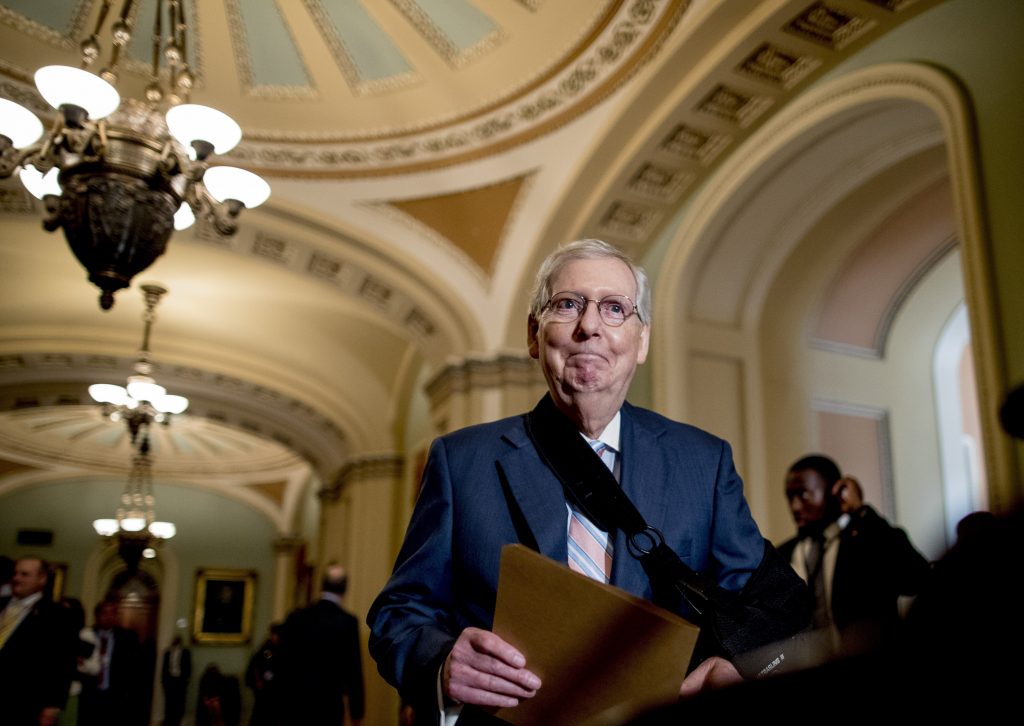 The Senate Appropriations Committee lined up behind Trump in party-line votes approving an almost $700 billion funding bill for the Defense Department and blocking a Democratic attempt to prevent Trump from transferring Pentagon funds to build the border barrier.

The votes came amid tensions on the committee, which is responsible for $1.4 trillion worth of agency funding bills required to fill in the details of this summer’s budget and debt deal. That deal reversed cuts that were aimed at the Pentagon and domestic programs, while increasing the government’s borrowing cap so it would not default on its payments and Treasury notes.

But Republicans stood to lose votes that would have aligned those measures with companion bills passed by the Democratic-controlled House, so Shelby postponed the votes.

Democrats complained that Shelby, following the lead of Majority Leader Mitch McConnell (R-Ky.), was shortchanging a popular health and education measure to fund Trump’s $5 billion request for his border wall.

They also were furious about Trump’s moves to raid $3.6 billion in military base construction projects to pay for 11 additional border fence segments totaling 175 miles in Texas, New Mexico and Arizona.

But Republicans voted down proposals by the committee’s top Democrat, Sen. Patrick Leahy of Vermont, to block Trump from repeating the maneuver. They also defeated a Democratic proposal to shift $3.6 billion from Trump’s border wall request to other domestic accounts.

“What happens in the next few days and weeks will determine whether we can proceed with a bipartisan appropriations process this fall or not,” Schumer said.

Despite some tensions on the committee, both sides said they would work to keep the bills on track. McConnell promised the end results will be fair.

“In the end, the Democratic majority in the House should be able to protect what your priorities are,” McConnell said, addressing the Democratic side of the committee.

The committee has a history of smoothing over its differences in the interest of passing legislation, and both sides want to press on and work out the challenges. For instance, the panel unanimously approved a $49 billion measure for the Energy Department, nuclear weapons programs and water projects.

Congressional negotiations will eventually work toward a compromise that can pass both chambers.