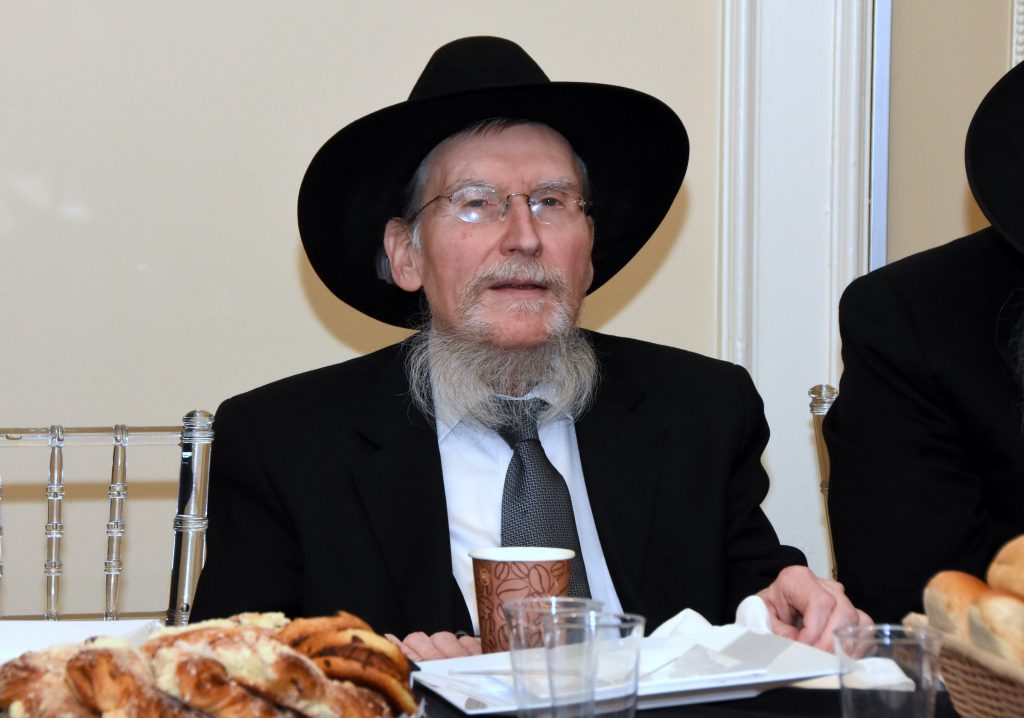 With great sadness we report the petirah of Harav Shlomo Gissinger, zt”l, one of the prestigious Rabbonim serving the Lakewood community for over three decades. Rav Gissinger, who had been ill for a while, was niftar late this afternoon after his condition worsened due to a serious infection.

As a close talmid of Harav Yaakov Kaminetsky, zt”l, Rav Gissinger founded his shul, K’Hal Zichron Yaakov some 32 years ago to serve a small group of families who moved to the New England Village neighborhood “on the other side of the lake”. The goal in starting this Beis Medrash was to perpetuate the ideals and lifestyle of his rebbi, Rav Yaakov, zt”l, and to create a place where they could daven, learn and act in the ways which were consistent with the teachings of Rav Yaakov.

Rav Gissinger was known not only as a posek and for his gadlus in Torah, but also as a Rav who was personally involved in the plight of many who needed assistance, helping many Mosdos and chessed organizations in their undertakings.

In his capacity as Rav of K’hal Zichron Yaakov, he facilitated many programs to enhance the spiritual pursuits of his mispallelim and his neighborhood, including a popular and well-attended Chol Hamoed learning program drawing bachurim throughout the area; a monthly hosting of the popular “Shmuz;” a “Lunch and Learn” shiur throughout the week, several Daf Yomi shiurim and a variety of other shiurim at all times.

Rav Gissinger was admired as for his down-to-earth, accessible demeanor, with an open door for shailos, both the simpler everyday sort as well as those dealing with complex areas of halachah. He acquired in-depth medical knowledge, and together with his expertise in the relevant halachos, he guided many people in who required his broad knowledge.

Rav Gissinger was also known as an expert in the field of kashrus, where he certified kosher establishments under the “Ches K” organization. He was particularly knowledgeable with difficulties concerning insect infestation, and did much to raise awareness and standards in this area.

The levayah is scheduled for tomorrow, Friday morning, at 11:00 AM at K’hal Zichron Yaakov located at 175 Sunset Road in Lakewood. Kevurah is planned in Lakewood.