National ANALYSIS: Is Supreme Court Too Deferential to Trump – or Worried Judges Are Overstepping Their Power?
National 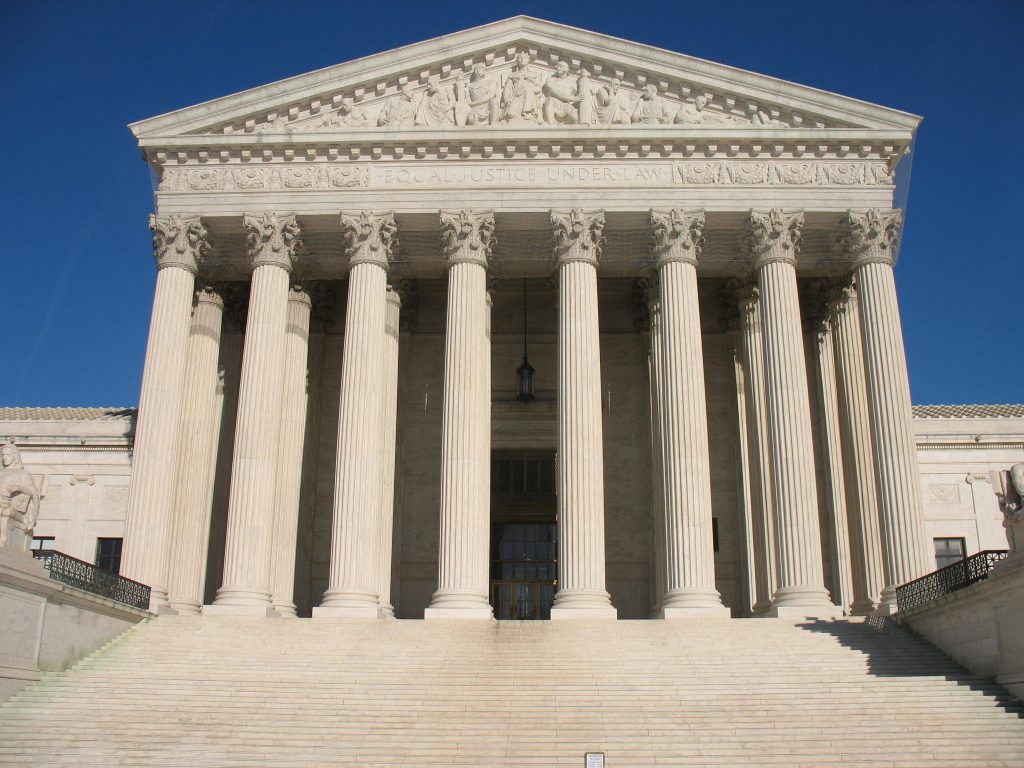 Has the Supreme Court become a soft touch for the Trump administration? Or are the justices sending a message to lower courts not to become a part of the “resistance” to the president’s legitimate powers?

The questions became relevant again Wednesday as the court allowed the administration to begin implementing a dramatic change in asylum rules that would bar requests from most Central American migrants who arrive at the southern border seeking protection in the United States.

The court gave no reason in its one-paragraph unsigned order for effectively dissolving an injunction federal courts had placed on the administration’s new policy. The directive would deny in almost all cases asylum requests from those who had traveled through another country without first seeking protection there.

Wednesday marked the second time since the court adjourned in late June that it approved an emergency request from the Trump administration to overrule a lower court on a border-security issue. In July, the justices allowed the administration to proceed in transferring billions of dollars in Defense Department funds to border-wall construction.

Justice Sonia Sotomayor, perhaps the court’s most liberal member, accused the administration of bypassing the normal process and racing to the Supreme Court when it receives an unfavorable ruling in a lower court.

“Historically, the government has made this kind of request rarely; now it does so reflexively,” wrote Sotomayor, who was joined by Justice Ruth Bader Ginsburg.

“The court sidesteps the ordinary judicial process to allow the government to implement a rule that bypassed the ordinary rulemaking process,” Sotomayor wrote. She noted that the court last December agreed with lower courts to put on hold another change to asylum law.

“The court resisted the shortcut the government now invites,” she added. “I regret that my colleagues have not exercised the same restraint here.”

It is impossible to know what Sotomayor’s colleagues thought – or even how they voted. No reasoning was provided in the short order, which is typical for the way the court handles emergency requests on what has become known as the court’s “shadow docket.” There is a briefing on the request, but no oral argument or formal opinion.

Five justices are required for a majority, but the court’s members do not have to state how they voted. So it is unclear, for instance, whether Sotomayor’s fellow liberal justices Stephen Breyer and Elena Kagan were in the majority, or whether they disapproved of the action and simply declined to join Sotomayor’s dissent.

The Trump administration has said that its extraordinary number of trips to the Supreme Court is the result of an unprecedented resistance from lower courts, and the audacity of district court judges who issue nationwide injunctions against the president’s policies.

In the case at hand, U.S. District Judge Jon Tigar had issued the nationwide injunction soon after the rule was challenged. A panel of the U.S. Court of Appeals for the 9th Circuit limited it to states within the circuit’s jurisdiction – California and Arizona – and sent the case back.

Tigar heard additional argument from the challengers and the government and promptly reimposed the broader injunction – even though the Supreme Court was considering whether the policy should be enjoined at all.

“During the eight years of the Obama administration, 20 nationwide injunctions were issued while the Trump administration has already faced nearly 40,” Attorney General William Barr wrote in a Wall Street Journal opinion piece last week. “Partisans who cheer this trend should realize that someday the shoe will be on the other foot.”

Justice Clarence Thomas has called for the Supreme Court to take up the issue of whether district judges should be allowed to impose a nationwide injunction.

“These injunctions are beginning to take a toll on the federal court system – preventing legal questions from percolating through the federal courts, encouraging forum shopping, and making every case a national emergency for the courts and for the executive branch,” Thomas wrote in a concurring opinion when the court on a 5-4 vote allowed Trump’s ban on travel from certain mostly Muslim countries.

“I am skeptical that district courts have the authority to enter universal injunctions.”

Liberals and Democrats note that, to use Barr’s language, the shoe already has been on the other foot. A single federal judge in Texas, for instance, stopped President Barack Obama’s plan to extend protected status to some undocumented immigrants whose children were U.S. citizens.

Almost all of the cases involve contentious partisan controversies. That is particularly sensitive for a Supreme Court that hates to be thought of as political, but in which the court’s five conservatives all were nominated by Republican presidents, and its four liberals were all chosen by Democrats.

Last week, Trump tweeted how the court “must” rule on one of the key cases of the upcoming term. The court is considering whether the administration has followed the law in trying to dismantle Deferred Action for Childhood Arrivals (DACA), Obama’s program to protect from deportation immigrants who were brought to the United States illegally as children.

“DACA will be going before the Supreme Court,” Trump tweeted Sept. 6. “It is a document that even President Obama didn’t feel he had the legal right to sign – he signed it anyway! Rest assured that if the SC does what all say it must, based on the law, a bipartisan deal will be made to the benefit of all!”