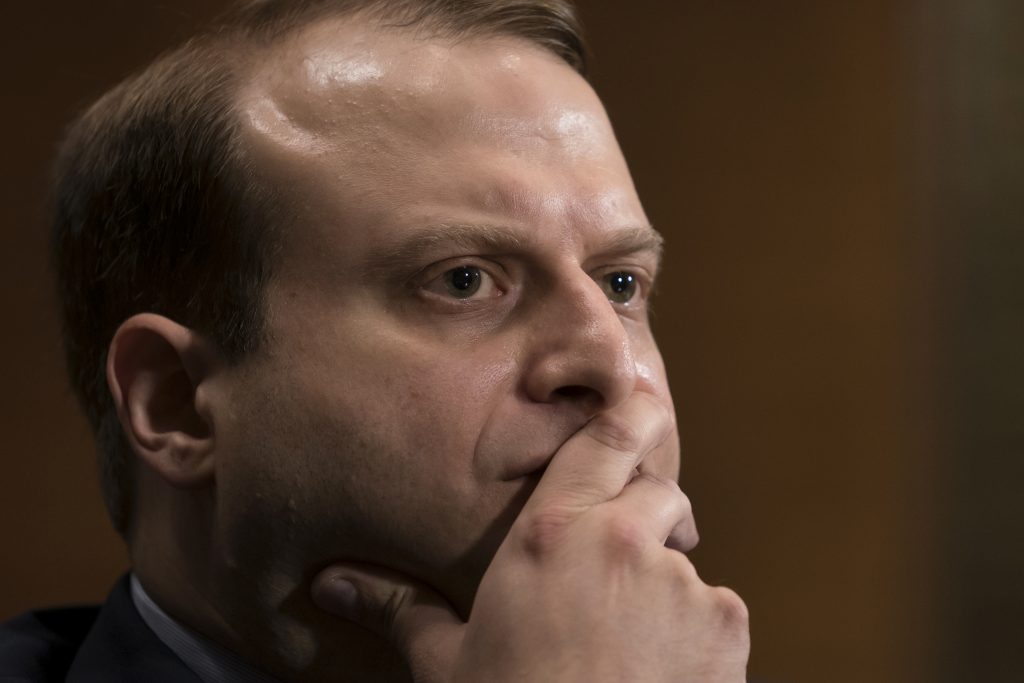 A White House lawyer nominated to be a federal appeals court judge declined to answer questions Wednesday from senators about his work in the Trump White House and Education Department.

At a Senate Judiciary Committee hearing, Menashi refused to answer questions from Democratic Sens. Dianne Feinstein of California and Dick Durbin of Illinois about his work on immigration issues, including a policy to separate migrant children from their families at the U.S.–Mexico border.

Feinstein, the committee’s top Democrat, called Menashi’s refusal to answer unprecedented. Added Durbin: “I really don’t understand the purpose of this hearing if the nominee before us cannot answer a basic question about his personal values.”

Sen. John Kennedy, R-La., told Menashi that while he is “a really smart guy,” he needs to answer questions from senators. “This isn’t supposed to be a game,” he told Menashi.

Menashi said he understood the senators’ frustration, but said he could not answer questions about his White House work, citing confidentiality concerns.

Feinstein questioned that, saying other judicial nominees who worked for previous presidents had answered general questions about the nature of their work.

Menashi’s nomination is controversial because of his past writings, including some in which he assailed “leftist multiculturism”.

Menashi also has drawn criticism for his work on immigration with Stephen Miller, a onetime White House adviser, and at the Education Department.

Sen. Josh Hawley, R-Mo., said Menashi was being held to an unfair standard, and the senator bemoaned “unusually vicious and personal attacks” against the nominee by liberal critics.

“Are you an advocate for racial purity?” Hawley asked Menashi, citing what Hawley called unfair criticism of Menashi over an article he wrote declaring that Israel can be both a Jewish state and a liberal democracy.

“No senator, I absolutely am not,” Menashi answered, calling himself an advocate of religious tolerance. Menashi, who is Jewish, said his family was driven out of Iraq and Ukraine because of its religion.

Menashi said religious-based criticism of him was “hurtful” and misrepresented what he wrote.

Brian Fallon, executive director of Demand Justice, a liberal group that opposes Menashi, said “Menashi stands out as especially awful and unfit for a lifetime appointment to the bench.”