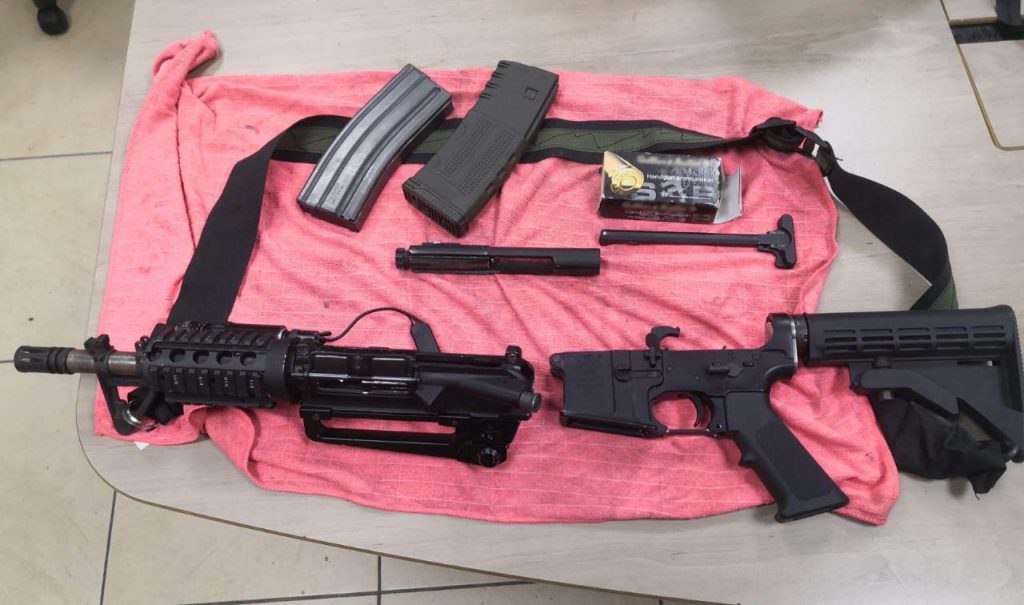 Police overnight Tuesday discovered and dismantled weapons caches in a home in an Arab neighborhood of Yerushalayim. Among the weapons were an M16 rifle and ammunition. The residents of the house were arrested and questioned on the source of the weapons.

In related news, police on Wednesday began a manhunt for a man who stabbed a woman walking down the street in Yaffo. The woman was attacked by a man who pounced on her and stabbed her in the upper body, then ran away. She was treated on site and taken to a nearby hospital for light to moderate wounds. Police are not ruling out any possibilities, including the possibility of a terror stabbing.