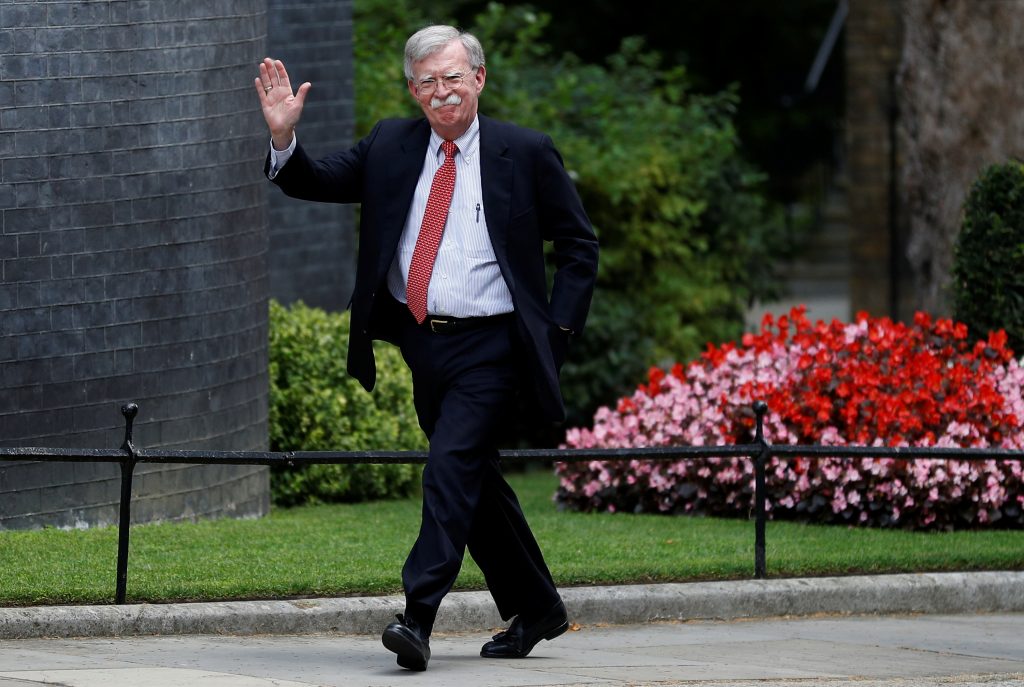 Israeli Prime Minister Binyamin Netanyahu played down the impact of hawkish John Bolton’s exit from the post of U.S. national security adviser, predicting on Wednesday that Washington would hold to a tough line on Iran.

Netanyahu was among the most vocal champions of Trump’s withdrawal from the 2015 nuclear deal between Iran and major powers and has voiced misgivings about Western engagement with Tehran unless this leads to sweeping restrictions on sensitive nuclear projects.

But Netanyahu, in an Israeli news interview, sounded unfazed by Bolton’s departure and possible Trump-Rouhani talks.

“Look, the one who formally crafted the American policy was Pompeo … and President Trump of course. But I’m not getting into the personality changes in this administration,” he told Channel 20.

Netanyahu, waving off commentators who deemed Bolton’s departure a blow to him and to Israel, cited new U.S. sanctions against Iran’s Revolutionary Guards Corps that were announced shortly after Trump tweeted about Bolton’s departure.

“So I am convinced, I have no doubts at all, that in any situation — with talks, without talks — President Trump and his administration will be very, very tough with Iran.”

Iran greeted Bolton’s ouster by counseling the United States to shun “warmongers.” But it has also been cold to recent Trump administration overtures, saying it will not enter talks while under U.S. sanctions.

Netanyahu told Channel 20 that the U.S. position on Iran was “to not a small degree a result of things that I discussed with them, and I am also happy that I persuaded them.”