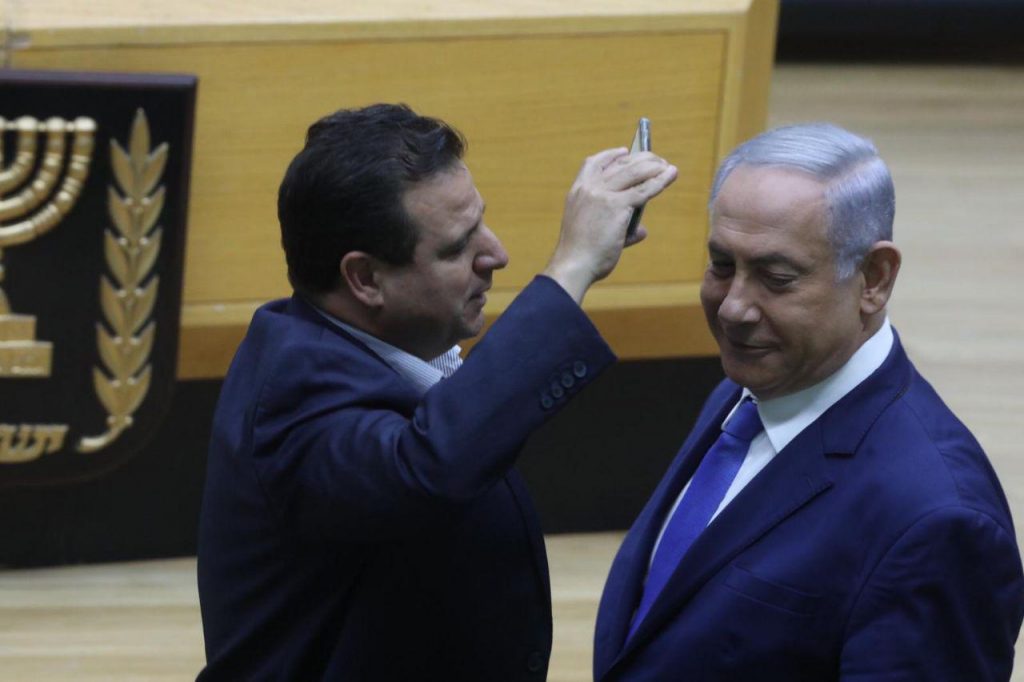 Knesset Speaker Yuli Edelstein had Joint List MK Ayman Odeh forcibly removed from the Knesset chamber on Wednesday afternoon during a heated debate before a vote on the bill that would allow cameras to film polling stations.

The demand by Edelstein was made after Odeh confronted Prime Minister Binyamin Netanyahu and put a phone camera directly in front of the prime minister’s face, trying to demonstrate what the voters would be going through, should the law pass.

“Get out already, I’ve already heard your speeches,” said Edelstein as Odeh resisted being removed.

The camera bill would allow observers to bring cameras to polling stations but not into voting booths on Election Day.

On Tuesday, Netanyahu said that he plans to bring the bill to the plenum floor on Wednesday.

On Monday, the Knesset Regulatory Committee was stalemated on a 12-12 vote after Avigdor Liberman unexpectedly dropped his support, torpedoing the majority Netanyahu had banked on.

In any event, the elections committee plans to deploy its own inspectors equipped with cameras.