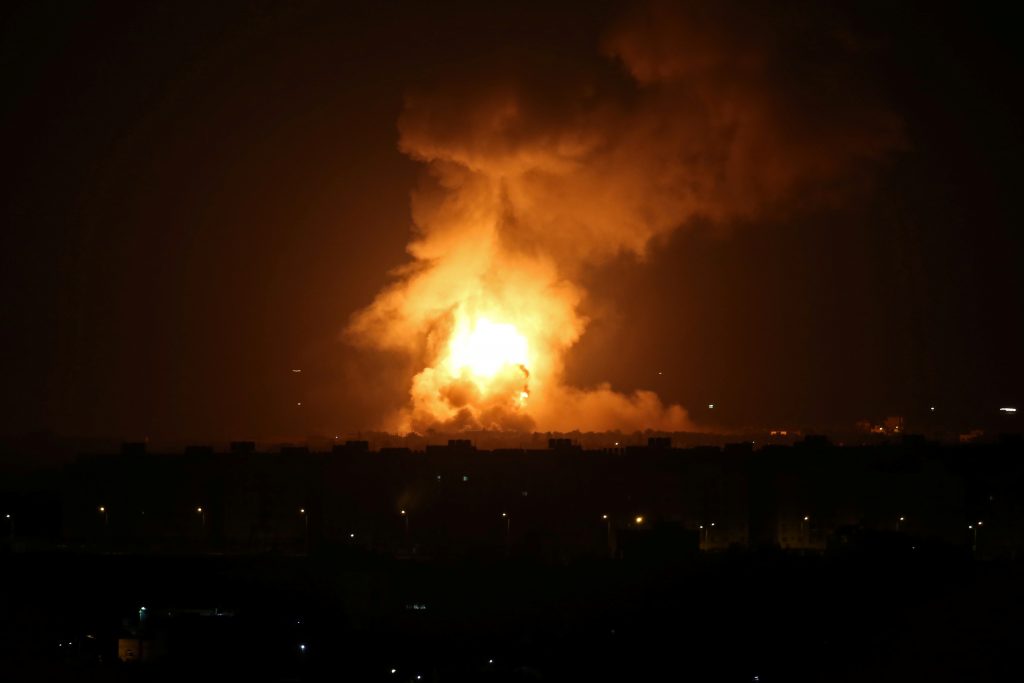 Prime Minister Binyamin Netanyahu acted responsibly when he ducked and took cover as the Red Alert siren sounded in Ashkelon Tuesday night during a speech he was making, Economy Minister Eli Cohen told Yediot Acharonot Wednesday. “What did you expect – that he would say, ‘I’m the prime minister, I do what I want?’ The rules of the Homefront Command to take cover when a siren sounds are there for a reason – they save lives,” Cohen said.

The sirens sounded in Ashkelon, Ashdod and several other southern communities, with Hamas firing five rockets at the area. No injury or damage was reported. The IDF responded overnight Tuesday with attacks on 15 Hamas terror targets. Yisrael Hayom reported Wednesday that Hamas had sent messages to Israel via Egyptian interlocutors that it was not responsible for the rocket fire. The IDF said that it saw Hamas as responsible for all terror incidents that emanate from Gaza.

The Red Alert siren interrupted Netanyahu in the middle of his remarks at an election rally, sending the crowd scurrying for cover as the prime minister was hustled off by security personnel. After the all-clear signal was given, Netanyahu returned to the podium, saying that the attack was a clear attempt to interfere with the elections. “If Hamas is firing at us in the middle of a Likud event, it would seem that they don’t want us in power,” the prime minister said.

Speaking to Yediot Acharonot, Cohen said that it was Iran that was behind the rocket fire, and that Tehran “is disappointed with its failures to harm us on the northern front. Israel has successfully reduced the strategic threat there, and Iran wants to make up for that. We are attacking in the north and in the south, in all areas where there is a threat to Israel. All options are on the table” to deal with Hamas and Iran. Eventually, he said, Israel would start a major campaign against the Gaza terror group. “It will not be easy, but reality demands it,” Cohen said.

As Netanyahu was speaking to Likud supporters in Ashkelon, Blue and White’s number four, Gabi Ashkenazi, was making a speech in another part of town – and he did not leave the stage when the sirens sounded. Did that make Ashkenazi “braver” than Netanyahu? “Absolutely not,” Cohen told the newspaper. “This is an important message for residents – that they must act responsibly when the siren sounds. I myself have seen firsthand many times how following the instructions of the Homefront Command and responding appropriately to the sirens saves lives. Netanyahu, who was injured in battle and has lost family members in war, does not need lessons in bravery. He has once again proven that he acts responsibly. I think that what he did is exactly what we should expect,” Cohen added.