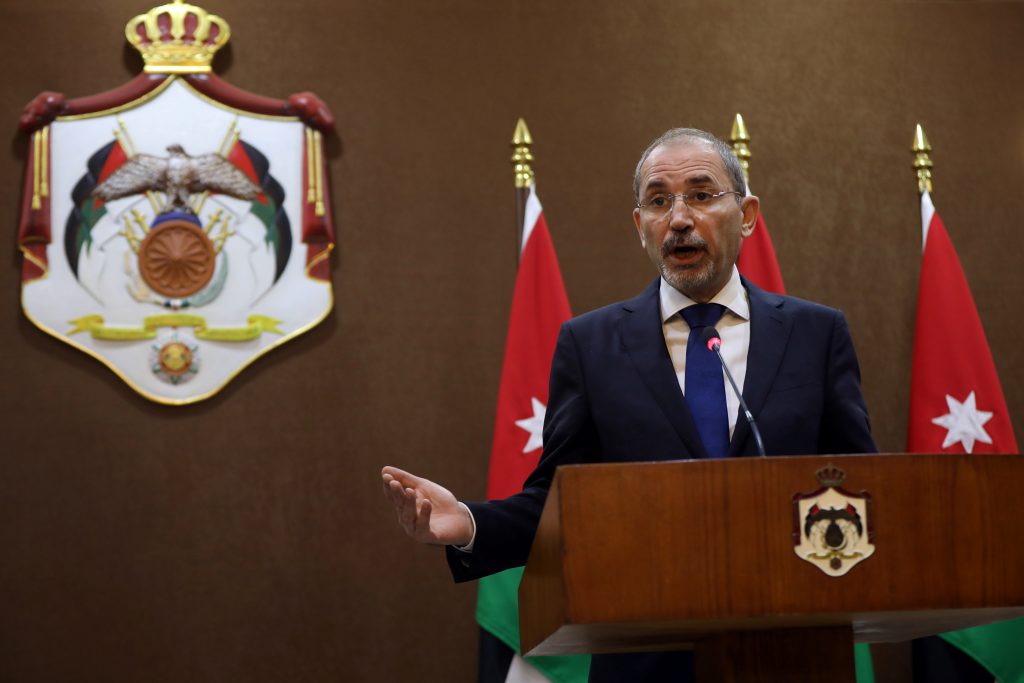 Prime Minister Binyamin Netanyahu’s promise to annex parts of Yehudah and Shomron continued to provoke negative comment in the Arab world on Wednesday including from countries considered relatively friendly to Israel.

Jordan’s house speaker warned that it could put the peace treaty with Israel “at stake.”

“The house of representatives, rejecting all the racist statements coming from the leadership of the occupier, confirms that dealing with this occupier requires a new path that would place the peace treaty at stake,” Atef al-Tawarneh said in remarks carried by official news agency Petra. He further accused Israel of having “studiously broken all international treaties and (UN) resolutions”

Palestinian officials immediately denounced the prime minister’s speech Tuesday night, saying that a unilateral move of this kind would “destroy” the peace process.

The Organization for Islamic Cooperation announced an emergency meeting next week to “take urgent political and legal measures” to address Netanyahu’s pledge, according to Times of Israel.

The OIC said the high-level meeting scheduled for Sunday was called by Saudi Arabia on Tuesday night, after the PM’s speech.

The 57-nation group says it considers Netanyahu’s announcement “a new aggression on the rights of the Palestinian people and a blatant violation of the UN charter, the principles of international law and the relevant UN resolutions.”

In a joint statement, Arab foreign ministers said “the announcement constitutes a dangerous development and a new Israeli aggression.”

Beyond the Arab world, Turkey, the U.N. and the European Union were also condemnatory. The E.U. warned Wednesday that Netanyahu’s pledge to annex the Jordan Valley and Dead Sea area if he wins next week’s election undermines chances for peace in the region.

“The policy of settlement construction and expansion… is illegal under international law and its continuation, and actions taken in this context, undermine the viability of the two-state solution and the prospects for a lasting peace,” an E.U. spokesperson said in a statement to AFP.