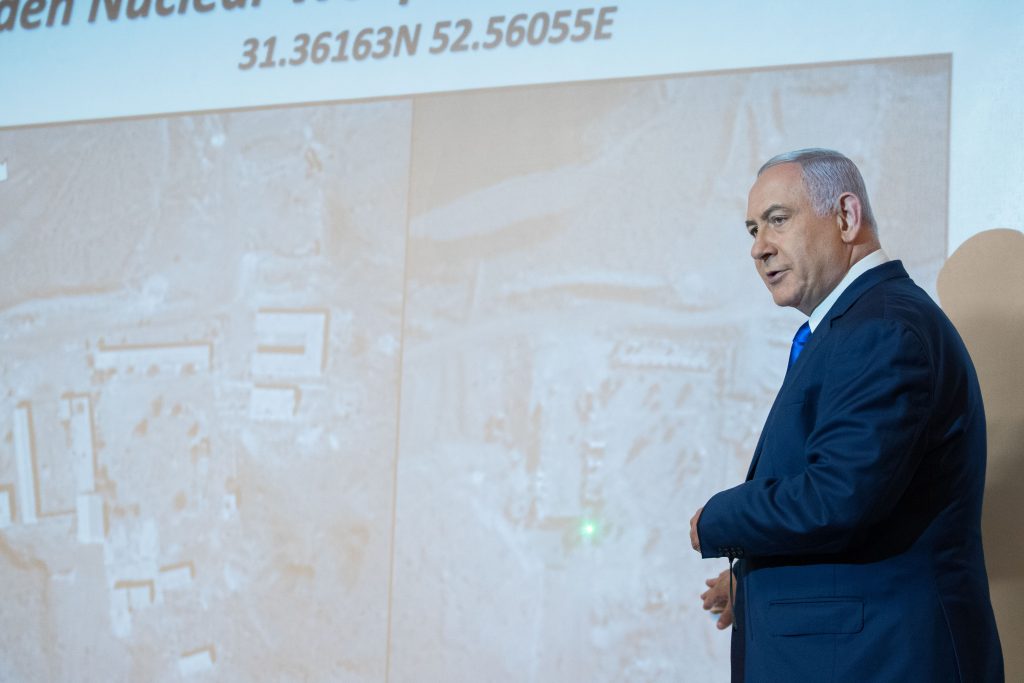 Iran has denounced a “U.S.-Israeli plot” to put pressure on the U.N. nuclear watchdog, after the IAEA called in recent days for more cooperation from Tehran following what diplomats say was the detection of uranium particles at an undeclared site.

The International Atomic Energy Agency has broad powers to inspect Iran under its 2015 nuclear agreement with major powers. The IAEA has issued its calls in recent days for Iran to cooperate, without saying specifically what prompted them, saying this is confidential.

Diplomats told Reuters the agency wants Iran to explain how traces of uranium were found at a site that Prime Minister Binyamin Netanyahu described a year ago as a “secret atomic warehouse.”

“Since two days before this session of the Board, we are witnessing a U.S.-Israeli plot with the support of their affiliated media,” Iran‘s ambassador to the IAEA, Kazem Gharibabadi, said in a statement to an IAEA Board of Governors meeting that began on Monday.

He singled out former U.S. National Security Adviser John Bolton, a hawk on Iran who left his job on Tuesday. On Saturday, hours before the IAEA’s acting chief flew to Tehran for a visit, Bolton had said that Iran “may be concealing nuclear material and/or activities.”

Netanyahu, who like President Donald Trump opposes Iran‘s nuclear deal with major powers, also said on Monday that Iran had been developing nuclear weapons at a different site that Tehran has since destroyed.

“John Bolton’s remark wishing to set an agenda for the visit of the Acting DG on the night that he was on his way to Tehran, along with the media campaign done by two news agencies, as well as the show played by the Israeli regime Prime Minister, all-in-all indicate that a joint project is underway,” Gharibabadi said.

He did not identify the news agencies he was referring to. The Reuters report on the uranium traces was published on Sunday.

“These show-off measures are aimed at increasing pressure on the Agency, hitting the last straw on the JCPOA,” he said, referring to Iran‘s nuclear deal with major powers by its full name, the Joint Comprehensive Plan of Action.

Washington exited the nuclear agreement last year and has reimposed sanctions on Iran. Iran has responded by announcing some steps to exceed thresholds in the agreement but says it still aims to keep the pact in place.

When asked by reporters whether traces of radioactive material had been found and why the IAEA is pushing for better cooperation, Gharibabadi said such issues are confidential and Iran is “timely and proactively cooperating” with the IAEA.

He also took a swipe at Israel, which is widely believed to possess nuclear weapons and has a policy of deliberate ambiguity about its nuclear capabilities.