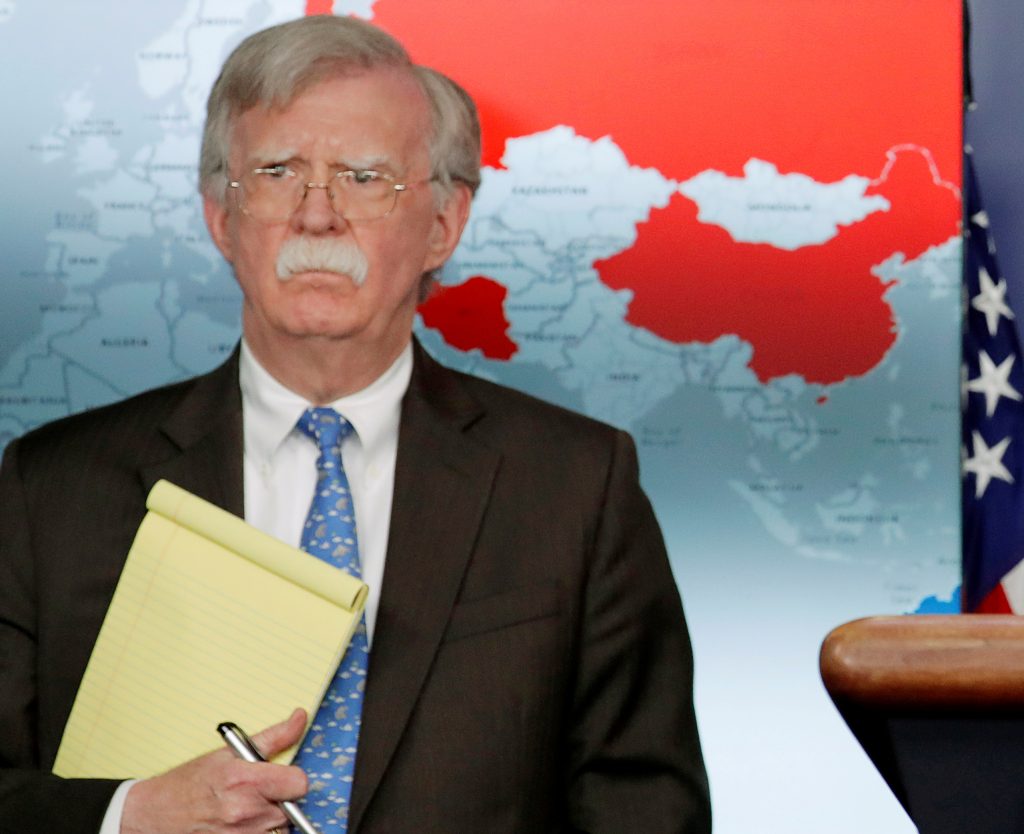 The resignation of White House National Security Adviser John Bolton, a hawk on Iran, will not lead to talks between Washington and Tehran, Iran said on Wednesday.

President Hassan Rouhani urged the United States to end its policy of “maximum pressure” on his country, and said Tehran would cut its commitments to a 2015 nuclear deal further if necessary, state media reported.

Last year, the United States pulled out of the nuclear deal, under which Iran agreed to curbs on its atomic program in return for access to world trade. Washington has since imposed what the administration calls a policy of “maximum pressure,” including sanctions aimed at halting all Iranian oil exports.

Iran has responded with a series of steps to reduce its compliance with the nuclear deal, although it says it still aims to keep it in place.

Trump has suggested he would be willing to hold talks with Iran to reach a new deal. Iran has long said talks are impossible unless Washington lifts its sanctions first.

Bolton, a hardliner who held senior positions in the George W. Bush administration, left his position on Tuesday. Trump tweeted that he had fired him after rejecting some of his advice.

He added there was no room for talks with the United States while sanctions against Iran remain in place, IRNA said.

Rouhani, a pragmatist who won two landslide elections in Iran on promises to open it up to the world, repeated previous Iranian demands that Washington relax its policies.

“The United States should understand that militancy has no profit, and must abandon its policy of maximum pressure on Iran,” he was quoted as saying. “Iran’s commitments to the nuclear deal are proportional to other parties and we will take further steps if necessary.”