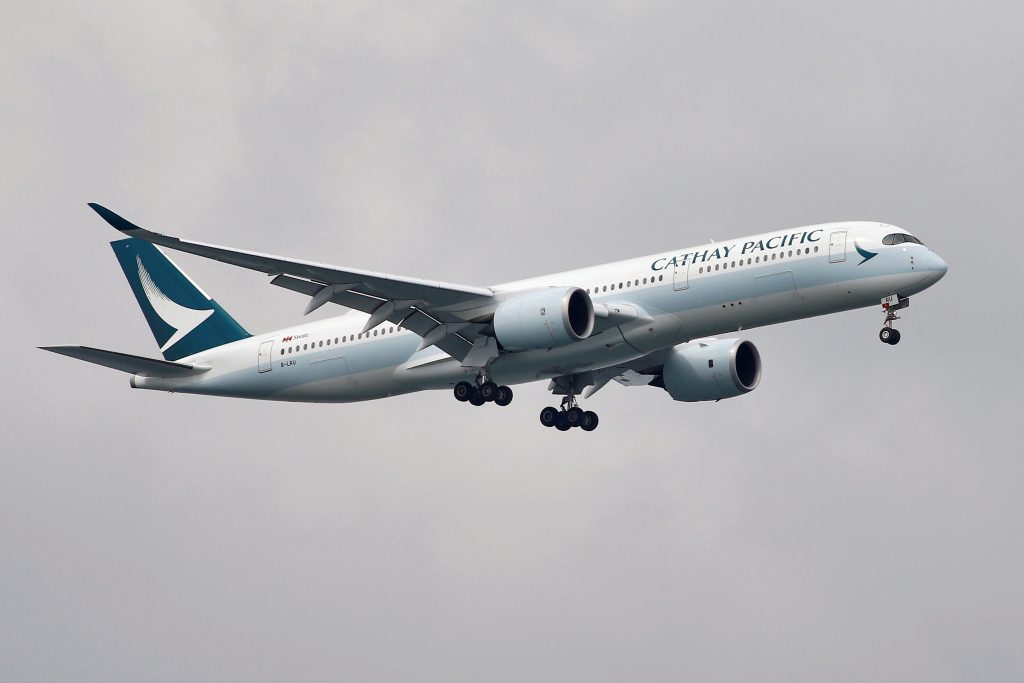 Cathay Pacific Airways said on Wednesday it would cut capacity for the upcoming winter season after reporting an 11.3% fall in passenger numbers for August as anti-government protests in Hong Kong hit demand.

The airline said inbound traffic to Hong Kong in August had fallen by 38% and outbound traffic by 12% compared with the previous year, and it did not anticipate September would be any less difficult.

The weak demand and cuts to capacity will place more pressure on Cathay at a time when it is grappling with management upheaval and is trying to complete a three-year financial turnaround plan driven by boosting revenue and slashing costs.

“Given the current significant decline in forward bookings for the remainder of the year, we will make some short-term tactical measures such as capacity realignments,” Cathay Chief Customer and Commercial Officer Ronald Lam said in a statement.

“Specifically, we are reducing our capacity growth such that it will be slightly down year-on-year for the 2019 winter season [from end October 2019 to end March 2020] versus our original growth plan of more than 6% for the period.”

Cathay has become the biggest corporate casualty of anti-government protests after China demanded it suspend staff involved in, or who support, demonstrations that have plunged the former British colony into a political crisis.

Cathay said on Wednesday demand for premium class travel had fallen more significantly than for leisure travel, with demand from mainland China and Northeast Asia severely hit, although Australia and New Zealand were more positive.

The carrier said lower travel demand, an increased mix of transit passengers and the negative impact of a strengthening U.S. dollar had placed passenger yields, a measure of the average fare paid per kilometer per passenger, under further pressure.

“We expect airfares to continue to fall in coming months as Cathay struggles to maintain load factors within reasonable bounds,” BOCOM International analyst Luya You said, in reference to a measure of the percentage of seats filled. “In terms of earnings, the second half may be notably dismal considering plummeting yields across all classes.”

Transit passengers are typically less lucrative for airlines because they face competition from more rival carriers than for non-stop flights, which places pressure on pricing.

The load factor fell by 7.2 percentage points to 79.9% in August, Cathay said. The amount of cargo carried fell by 14% amid a weak global market for air freight and the effects of tropical storms and disruptions at Hong Kong airport.