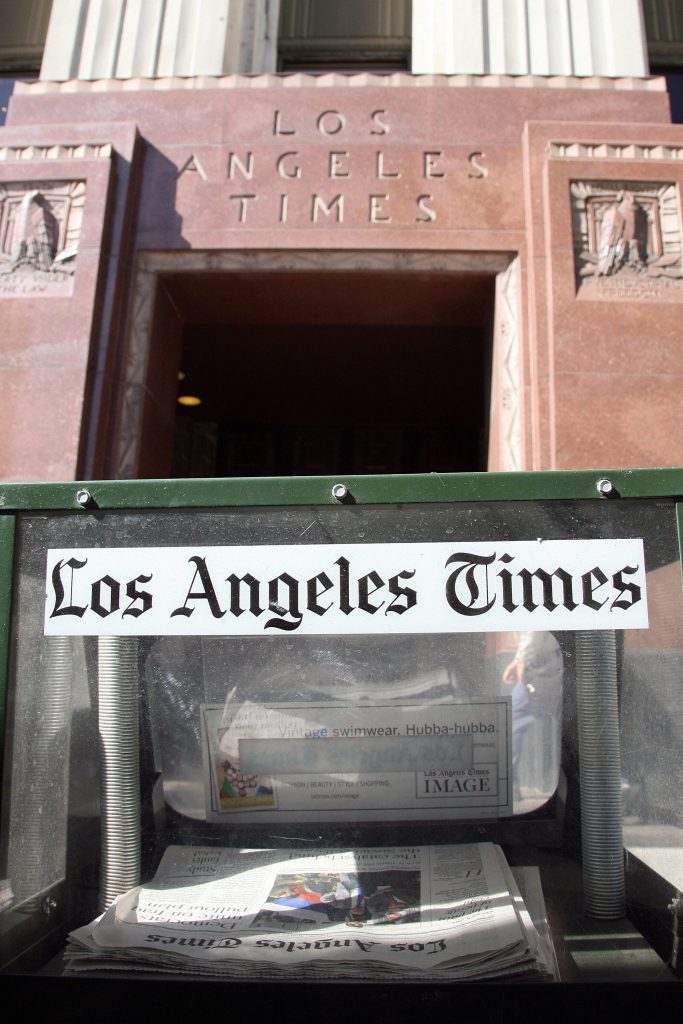 California newspaper companies would have one year to figure out how they’ll comply with a pending state law requiring them to treat newspaper delivery people like employees rather than contractors, a move they say will drive up costs and hasten the decline of printed papers.

A bill sent to Gov. Gavin Newsom on Wednesday makes it harder for companies to treat their workers as contractors who are not entitled to minimum wage and certain benefits. Newsom is expected to sign it and it would take effect Jan. 1.

The Los Angeles Times, The Sacramento Bee and San Francisco Chronicle are among the California papers that used their opinion pages to warn of financial ruin if the bill went through, specifically pointing to its effect on carriers.

“The last thing California needs is for its Legislature to deal another devastating blow to our industry,” the Times’ editorial board wrote.

Lawmakers have at least partly heeded their concerns, introducing a companion bill late Tuesday that exempts newspaper delivery workers from the pending law for one year. It is not eligible for a vote until Friday, the last day of this year’s session.

California’s worker classification law would establish the nation’s strictest test and could set a precedent for other states to follow.

“We were seeking a complete exemption,” said Tom Newton, executive director of the California News Publishers Association, which lobbies for the newspaper industry. “We have a year to think about how we can continue to deliver copies of newspapers to readers. It’s going to be a challenge.”

Circulation for printed daily newspapers has fallen precipitously in the digital age. The readers who remain are older but also dedicated; many have subscribed to their local papers for decades.

Serving them is costly. A digital customer can get to a newspaper website with a click, but a print subscriber needs to have the paper hand-delivered by a carrier.

Neither McClatchy, which publishes the Sacramento, Fresno and Modesto Bee newspapers, nor the Los Angeles Times directly hire newspaper carriers. They contract with companies that hire the delivery workers.

“The impact to their businesses is just going to be horrific and thus it will be an impact to our business and our ability to deliver a newspaper in a democracy that desperately needs information in printed and digital form,” said Gary Wortel, McClatchy’s western regional publisher.

Ken Higdon runs one of those companies, called Global Ad Distribution, and said his company hires paper carriers as independent contractors who are paid per copy delivered. He believes the new legislation would force many of those carriers to become employees.

“I love journalism, and print media in particular. I’m saddened that it’s a dying industry,” she recently tweeted. “But now these newspapers are using their editorial pages and lobbying efforts to try to gain an exemption to continue to treat these workers like second-class citizens.”

Gonzalez said Tuesday she disagrees with the one-year delay but went along with it based on “demands made in the Senate.”

The broader worker classification bill will also affect how news companies use freelance reporters and photographers. Those who make more than 35 submissions to a publication in a year would need to get worker benefits.