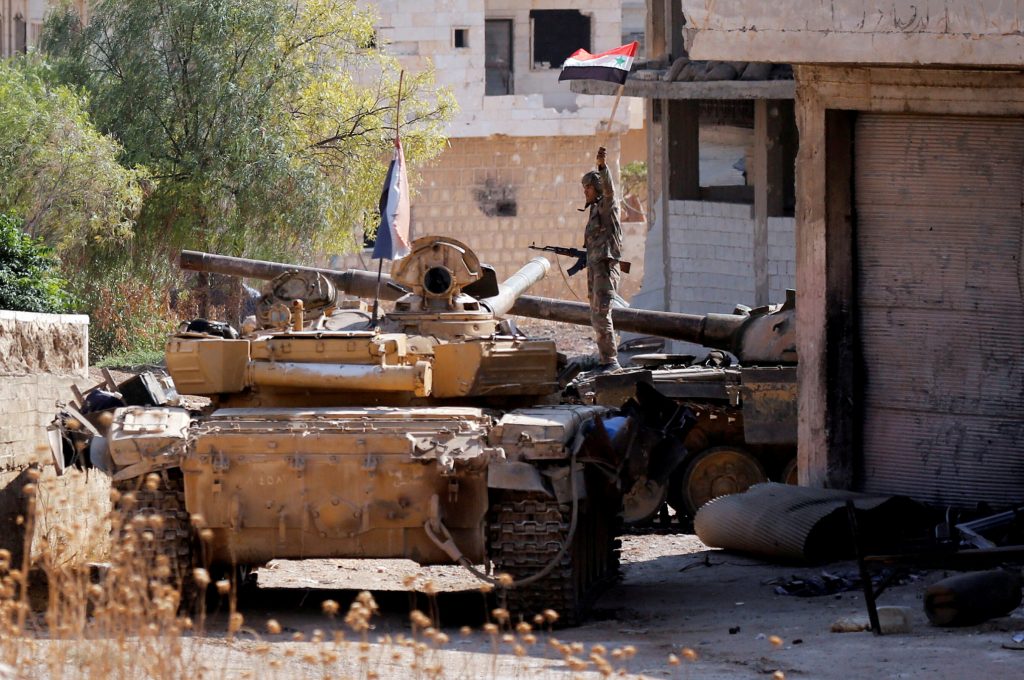 Jets believed to be Russian bombed rebel-held areas in northwest Syria on Wednesday amid increased shelling of towns by the Syrian army that threatened the collapse of a fragile Russian-brokered ceasefire, two rebel sources and residents said.

The jets that flew overnight at high altitudes struck a village near Kafr Takhareem and an area near the town of Darkoush, both in rural areas in western Idlib province, two opposition sources and a resident in the area said.

The overnight bombing raid came hours after air strikes hit a part of the northwest for the first time since the truce was declared 11 days ago, according to activists and a monitor. Moscow denied conducting the first strikes.

Russia said the Syrian government unilaterally agreed to a truce on Aug. 31 in opposition-controlled Idlib, where a “de-escalation zone” was brokered two years ago between Russia and Turkey.

Since then, the intense air strikes by Russian and Syrian warplanes that had accompanied the Russian-backed ground offensive to retake the area had stopped.

The Syrian army, aided by Iran-backed militias, also pounded several towns in southern Idlib, including Kafr Sejnah and Hazareen, in what the opposition says has been a persistent pattern of shelling of rebel-held areas despite the truce deal.

“Artillery shelling that has targeted villages of southern Idlib has not stopped since the alleged ceasefire,” Mohammad Rashid, spokesman for the Jaish al-Nasr rebel group said.

The rebel official said jets believed to be Russian also hit for the second time rebel positions in a mountain range in the coastal province of Latakia, after a similar raid on Tuesday.

The opposition say Russian special forces and Iranian-backed militias fighting alongside the Syrian army have also breached the ceasefire by trying several times to storm rebel-held areas in the last week only to be repelled so far.

Russian Foreign Minister Sergei Lavrov said in August Russian forces were fighting on the ground in Idlib to defeat Islamist terror groups whom Moscow and its Syrian ally blame for violating the de-escalation arrangement reached with Ankara.