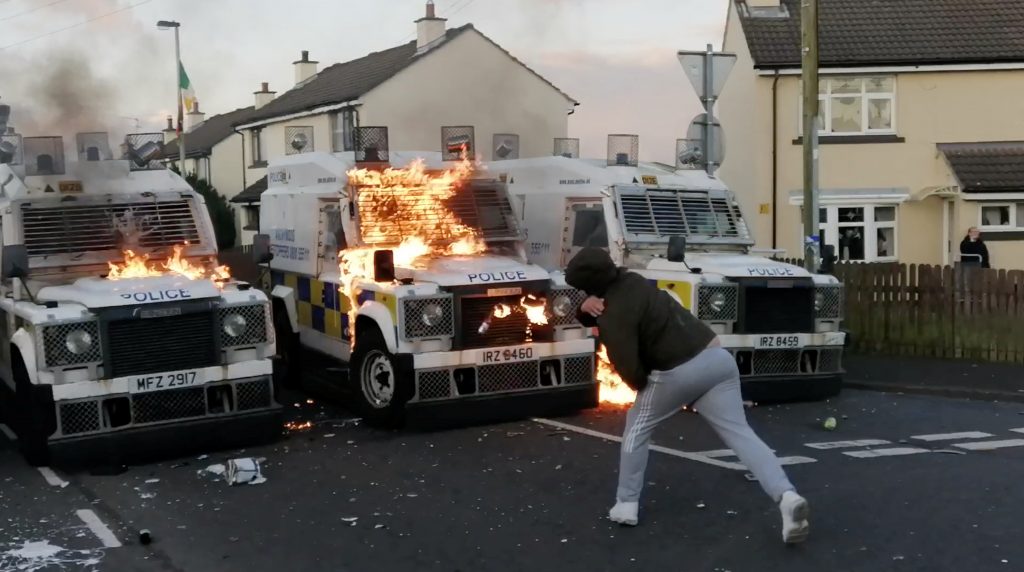 Irish nationalist youths threw dozens of petrol bombs at police as officers defused an explosive device near homes in the Northern Ireland city of Londonderry late on Monday, police said.

The device would have killed or maimed anyone close by had it exploded, police said in a statement. Two young people were burned as they took part in the attack on a police cordon at the scene, the force added.

There has been an increase in attacks in recent months, raising fears that Britain’s decision to leave the European Union could be exacerbating sectarian tensions along the EU’s only land border with the United Kingdom.

“We are attributing this (bomb) to the New IRA as we are the disorder that occurred later on in the evening,” Assistant Chief Constable Mark Hamilton told BBC radio.

“It is fair to say that the tempo of attacks or attempted attacks is increasing,” he added.