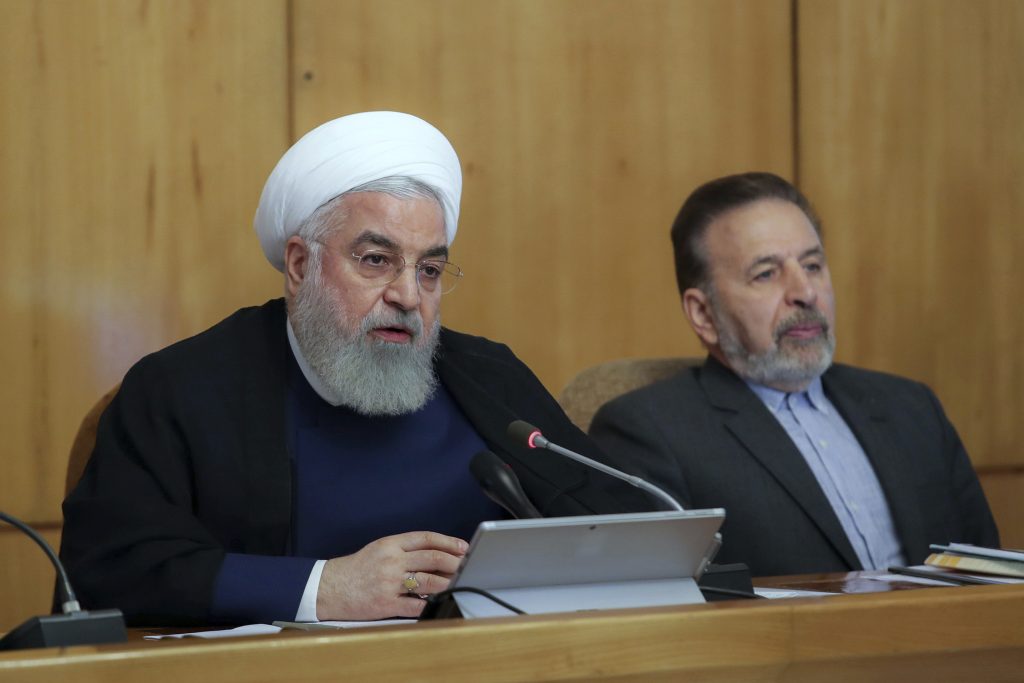 President Donald Trump said on Monday he could meet with Iranian President Hassan Rouhani and that he had no problem with such an encounter.

Trump has stepped up sanctions against Iran since he withdrew from a 2015 nuclear pact between Iran and six world powers, saying the agreement left open a path for Iran to acquire nuclear weapons and did not address what the United States calls Iran‘s malign activities in the region.

Rouhani has said Iran, which denies seeking nuclear weapons, would not talk to the United States until Washington lifted the sanctions it has reimposed on Tehran after pulling out of the nuclear deal.

“Iran should straighten out because frankly they are in a very bad position right now,” Trump said.

Last week Trump said a meeting with Rouhani was possible at the U.N. General Assembly in New York later in September.

“Sure, anything’s possible. They would like to be able to solve their problem,” Trump told White House reporters on Wednesday, referring to inflation in Iran. “We could solve it in 24 hours.”

Brian Hook, the U.S. special representative for Iran, said last week more sanctions against Iran were coming and the United States was committed to its campaign of “maximum pressure.”

Rouhani told an open session of the Iranian parliament on Thursday: “No decision has ever been taken to hold talks with the U.S. and there has been a lot of offers for talks but our answer will always be negative.”

“If America lifts all the sanctions then, like before, it can join multilateral talks between Tehran and parties to the 2015 deal,” Rouhani added.