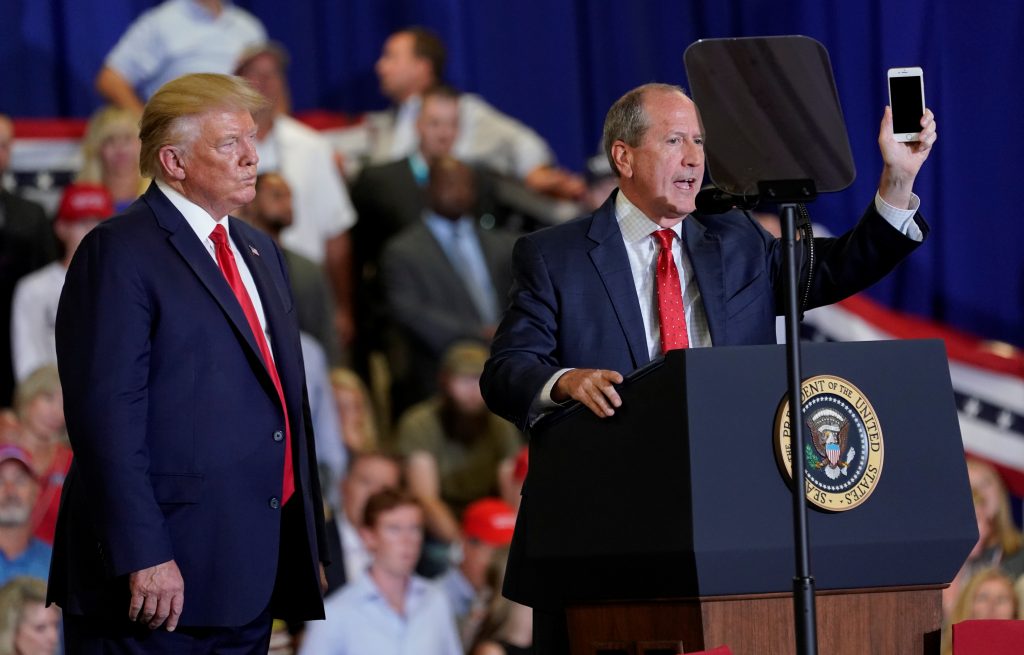 Republicans are hoping an eleventh-hour pep talk from President Donald Trump will propel them to a special election victory Tuesday in a GOP-friendly House district in North Carolina, a race that could illuminate their chances of retaking the House majority and Trump’s own reelection prospects in 2020.

Trump urged an arena packed with MAGA-hat wearing supporters Monday to vote for conservative state Sen. Dan Bishop, who is in a tossup battle for the vacant seat. Trump’s appearance, the same day Vice President Mike Pence and Bishop barnstormed the district by bus, underscored the GOP’s all-hands effort to avert defeat. Trump carried the district by 11 points in 2016 and the seat has been held by Republicans since John F. Kennedy was president in 1963, and a loss would nurture doubts over whether the anti-Trump momentum that fed the Democrats’ House takeover last year has faded.

Opposing Bishop was moderate Democrat Dan McCready, a former Marine who earned a Harvard master’s degree in business and narrowly trailed in an election for the seat last year that was later invalidated after evidence surfaced of election fraud.

Both sides saw Tuesday’s contest as too close to call — in itself an ominous sign for Republicans.

The district stretches from Charlotte, one of the nation’s financial nerve centers, through its flourishing eastern suburbs and into less prosperous rural counties along the South Carolina line. With next summer’s Republican National Convention in Charlotte, Democrats would love to boast control of a congressional district in the city where Trump will be renominated.

Over half the district’s votes will likely come from Charlotte’s suburbs. As Democrats captured 39 GOP-held seats last November and& took control of the House, many of their pickups were in suburbs — even in red states like Texas, Kansas, Utah, South Carolina and Oklahoma.