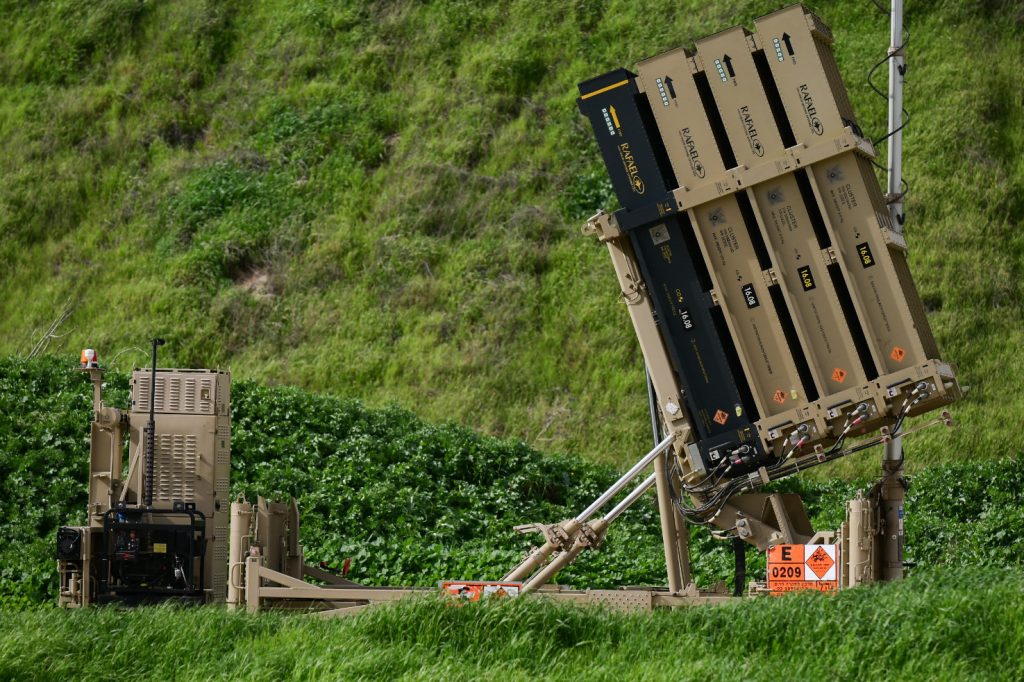 The two rockets which were launched from Gaza at Israel on Tuesday night were intercepted by the Iron Dome defense system, according to IDF reports.

Sirens went off in Ashkelon, as well as Ashdod, where Prime Minister Binyamin Netanyahu was giving a campaign speech. The event was halted and people left to seek shelters.

The prime minister urges the audience to “quietly, quietly leave the area,” and was escorted from the speakers’ platform by security personnel, Times of Israel said.

After the sirens died down, the prime minister returned and continued his speech. Netanyahu said: “If Hamas is shooting at us in the middle of a Likud event, it probably doesn’t want us here.”

At the same time, a Blue and White campaign event in Ashkelon was interrupted.

B’chasdei shamayim, no injuries have been reported, although one woman, 46, was stricken by an anxiety attack and taken to Asuta hospital in Ashdod.

Ashkelon Mayor Tomer Glam ordered bomb shelters opened in the city. “Our residents are experienced, unfortunately. They know they need to listen to instructions by the Homefront Command,” he told Channel 12.

A barrage of derisive comment from rival politicians followed the incident.

Yair Lapid, co-leader of the Blue and White, tweeted: “a red alert this evening in Ashdod while Netanyahu is onstage is a red flag for the citizens of Israel. Netanyahu is done and can leave the stage.”

Labor leader Amir Peretz said that “nothing is new. Unfortunately, Netanyahu again disappears while neglecting residents of the south. Real leadership requires dealing with the root of the problem, rather than hiding under Iron Dome’s shield.” The PM returned to resume his speech about 20 minutes later, after the sirens died down, however.