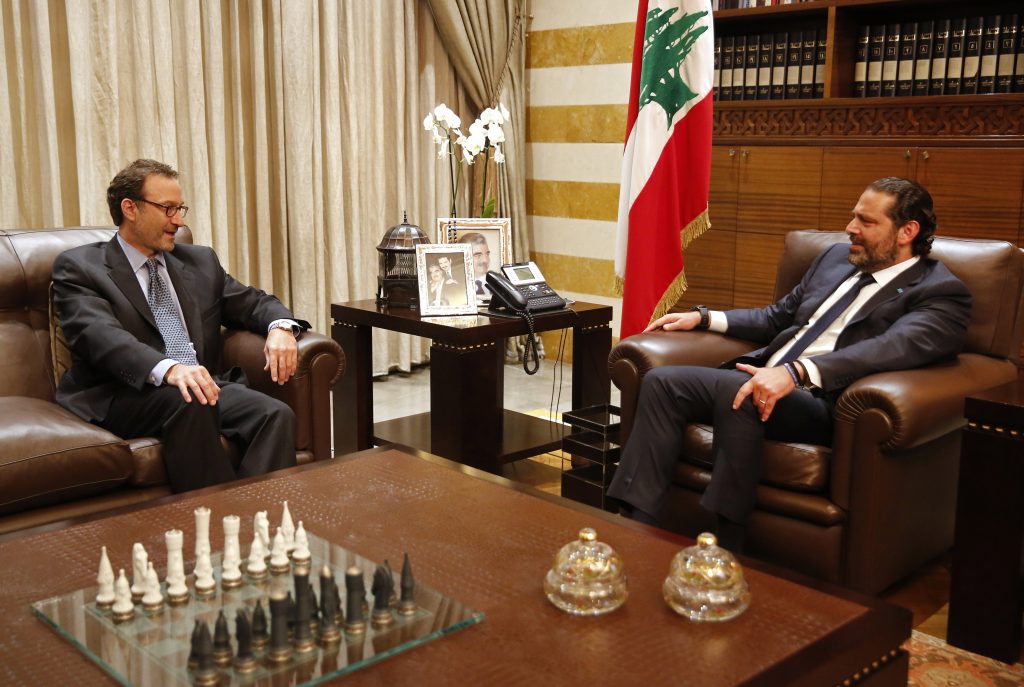 A U.S. official visiting Beirut to mediate between Lebanon and Israel over a maritime border dispute is a “friend of Israel,” keen to defend its interests, the leader of Lebanon’s terror Hezbollah group warned on Tuesday.

Hassan Nasrallah urged Lebanese officials to negotiate from a point of strength with U.S. Assistant Secretary of State David Schenker over the nearly 860 square kilometers (330 square miles) of the Mediterranean Sea claimed by both countries.

In comments released by Berri’s office and circulated on local media, he said Beirut has drafted laws in the past years to fight money laundering, adding that “the Lebanese economy and banking sector cannot take this amount of pressure.”

The U.S. considers Hezbollah a terrorist organization and has been imposing sanctions on the group for years. In July, the Treasury for the first time imposed sanctions on two Hezbollah legislators.

Lebanon hopes to unleash offshore oil and gas production as it grapples with an economic crisis. Washington is mediating between Israel and Lebanon, which have been officially at war since Israel’s creation in 1948.

In addition to the disagreement over the maritime border, Israel and Lebanon also disagree over their land border. Earlier this year, the U.S. had asked the Lebanese for a “unified position,” signaling a perception that some were trying to separate the two issues.

“The American envoy is a friend of Israel and keen about [protecting] Israel’s interests and wants to negotiate with our leaders on oil, gas, and border,” Nasrallah said in a speech in Beirut.

Aoun told Schenker, who is on his first visit to Lebanon since taking the post earlier this year, that Lebanon hopes Washington would resume mediation with Israel for the demarcation of “land and maritime border” from where they stopped with Schenker’s predecessor, David Satterfield.

Aoun said June that he informed Satterfield that Lebanon believes demarcating the maritime and land borders reinforces stability in the area and urged Washington to help while respecting his country’s frontiers and right to explore for oil and gas.

Schenker did not make any statements to journalists.

Aoun’s office quoted him as saying that Washington supports stability in Lebanon, as well as its army and security forces. The U.S. official was also quoted as saying that his country is ready to renew its efforts to contribute in finding solutions for the border problems.