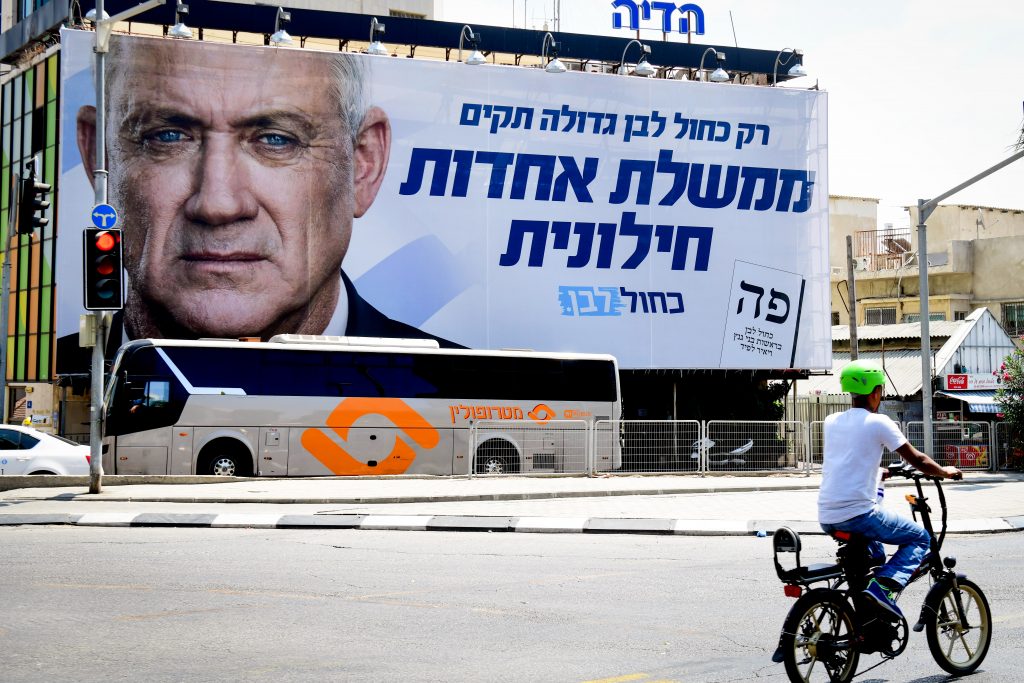 Blue and White Party leader Benny Gantz has warned that the Likud-sponsored camera bill may precipitate violence at the polls next week, and urged the public to respect the law, The Times of Israel reported.

Gantz said he was “afraid” Prime Minister Netanyahu did not believe violence should be rejected, at a conference in Tel Aviv. He called on voters to “reject any kind of violence that you see [on election day]. This is a democratic process. It’s a non-violent process … because I’m afraid that not everybody thinks like me, [including] Israel’s leader.”

The Likud introduced the legislation in order to gain legal sanction to send thousands of activists to polling stations armed with recorders, to stymie what it has claimed is rampant voter fraud in Arab majority areas. Critics say the camera campaign is designed to dampen turnout by Arab voters, and note that election supervisors have found no significant evidence of voter fraud.

A day earlier, Yisrael Beytenu Party chief Avigdor Liberman accused Likud of planning to dispatch teams of thugs to disrupt the vote at polling stations where his party was expected to have a strong showing.

Likud called the accusation a “lie and a falsehood.”