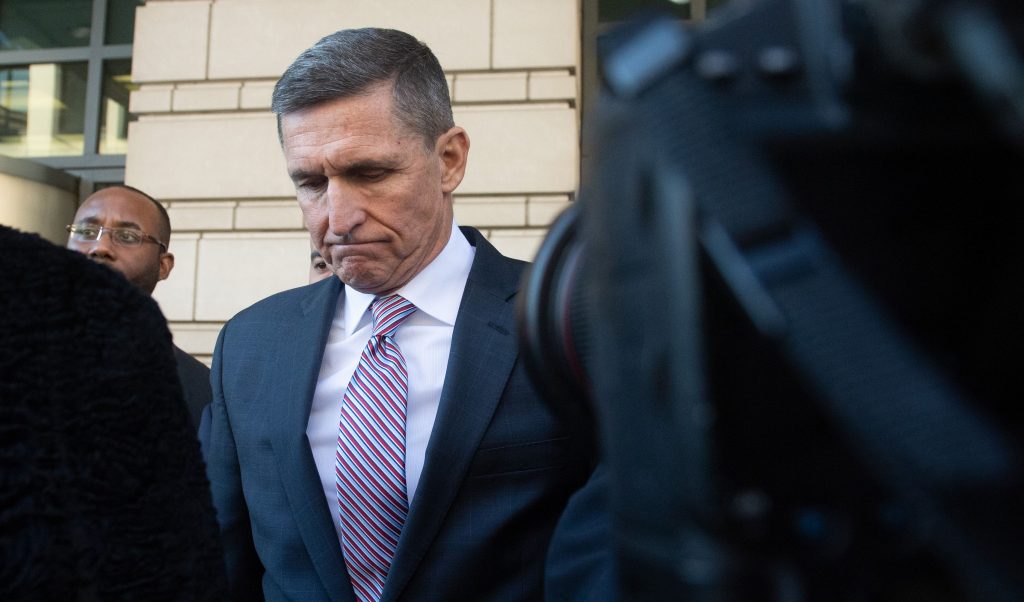 Former Trump administration National Security Adviser Michael Flynn is due back in court for the first time in weeks as his lawyers mount an aggressive attack on special counsel Robert Mueller’s Russia investigation.

U.S. District Judge Emmet Sullivan has scheduled a conference for Tuesday morning to discuss Flynn’s cooperation with prosecutors and whether the two sides are ready to set a sentencing date.

Flynn was supposed to be sentenced last December for lying to the FBI about his December 2016 conversations with the Russian ambassador to the United States. But the sentencing hearing was abruptly cut short after Flynn, facing a sharp rebuke from Sullivan that raised the prospect he could be sent to prison, asked that he be allowed to continue cooperating with prosecutors in hopes of earning credit toward a lighter punishment.

Since then, he has changed lawyers and hired a new legal team led by Sidney Powell, a conservative commentator and former federal prosecutor who has been an outspoken critic of Mueller’s investigation into ties between the Trump campaign and Russia.

In a court filing, Powell accused Justice Department prosecutors of withholding evidence that she says would be favorable to the defense.

She said prosecutors had engaged “in even more malevolent conduct in the prosecution” of Flynn than in the case of the late Alaska Sen. Ted Stevens, which Sullivan threw out a decade ago after determining that prosecutors had withheld information from the senator’s defense team.

Prosecutors have strongly rejected that assertion, saying “the government has exceeded its discovery and disclosure obligations in this matter,” including by providing Flynn with more than 22,000 pages of documents.

Powell has also advanced theories of law enforcement bias that President Donald Trump and many of his supporters have seized on to allege that Mueller’s investigation was tainted.

In a court filing earlier this month, she invoked former FBI agent Peter Strzok, who interviewed Flynn at the White House and was later fired from the bureau because of pejorative text messages about Trump, and Chris Steele, a former British spy who was funded by Democrats to investigate Trump’s connections to Russia.