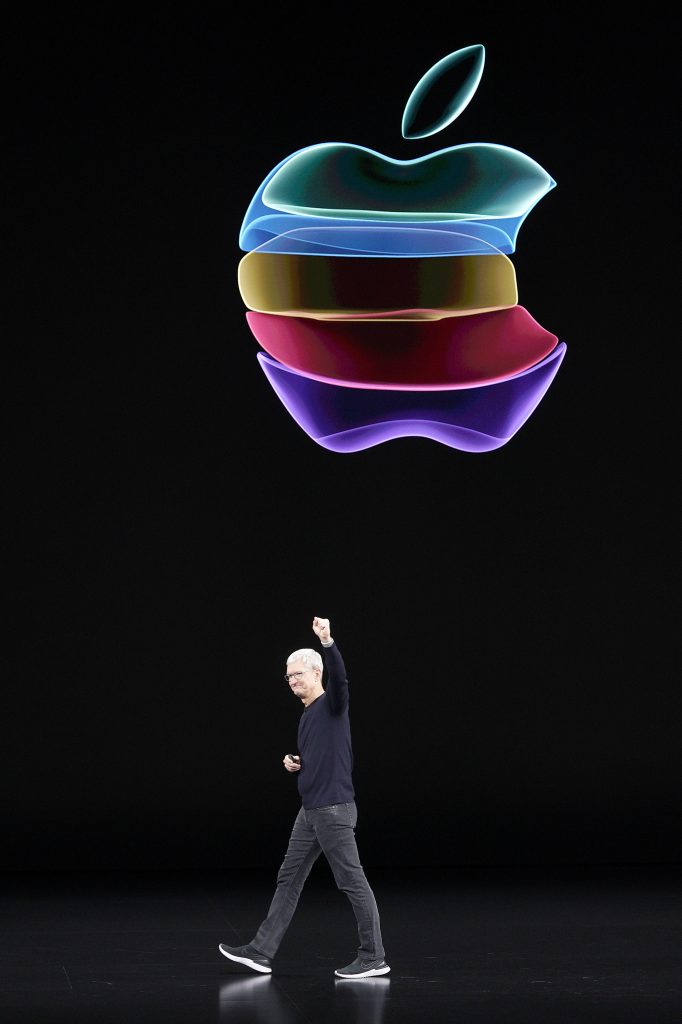 What would it take to make someone drop $1,000 on yet another iPhone? A better camera? Longer battery life? Less-breakable glass?

Apple announced the latest versions of its iPhone on Tuesday, as part of the company’s traditional September media event. Customers will be tuning in to find out if there’s anything exciting enough to make an expensive upgrade worth it, or if they want to hold on to an existing device for another year or two — an increasingly popular option.

With slowing iPhone sales, Apple has been turning to its growing selection of services to help bring in more revenue.

Cook kicked off the event with a briefer than usual introduction, after saying Apple makes “products and technology that are designed in the service of humanity.”

– iPhone 11: After a brief flirtation with Roman numerals for the iPhone X, Apple is going back to its usual naming style with an iPhone 11 line. The phone will start at $699, lower than the $1,000 pricing for its X line the last two years.

Apple pitched better pictures as the draw of the new phone. It has dual cameras: a wide 12 megapixel camera and an ultra wide 12-megapixel camera. The ultrawide images have a fisheye effect and fit more of a screen into the frame. In video mode, you can switch between the two lenses using the zoom wheel.

Apple has also updated some of its camera software. The company says it can better detect subjects and relight them, and has updated its HDR feature to better show images with a range of highlights and shadows so you can see more details. It has added a night mode to take better photographs in dark situations that might normally be un-photographable.

The front-facing camera is getting a quality bump as well and can now shoot slow-motion selfies. Apple is dubbing them “slowfies.”

The cameras take up more space on the back of the device and Apple has added a slightly bulging square to surround them. Apple described the bump in the most Apple way possible, calling it “sculpted 3d geometry.”

Other improvements include a new A13 Bionic processor to improve speed. Battery, one more hour of battery life than the iPhone Xr, and improved water and dust resistance.

What’s better than two cameras? Three cameras, according to Apple. What really makes the Pros high-end are the trio of cameras on the back of the device, which Apple claims will let users take professional quality photographs and 4K videos. There’s a wide camera, a telephoto camera, and an ultra-wide camera, all 12 megapixels. Together the cameras give the phone a 4x optical zoom range, so you can stand in one spot and take images at .5x to 2x zoom. Like the iPhone 11, the Pros also have improved HDR, an additional portrait mode, and a new night mode.

The Pros have a new OLED screen that Apple is calling the Super Retina XDR display. The company says it is brighter, shows a wider range of colors, is brighter and more energy efficient. It has the same new processor as the iPhone 11. Additionally, Apple says the phones are more dust and water resistant and have a longer battery life (four hours longer than the iPhone Xs), better Face ID technology, a fast charging option, and Wi-Fi 6.

– iPad: Apple announced the seventh generation of its main iPad: a new 10.2-inch device with 3.5 million pixels that weighs around a pound. It has a smart connector to pop it onto a keyboard, works with the Apple Pencil, and runs on iPad OS — Apple’s recently announced version of its mobile operating system optimized for iPads.

– Apple Watch: Cook also unveiled the company’s new Apple Watch. A video Apple played about customers who attribute health benefits to the watch underscores how Apple sees the market opportunity for its main wearable. It’s the device that Apple hopes will open the door to the lucrative health-care industry, an area analysts believe could help drive profits for the company as sales of iPhone slows.

Apple’s new watch, the fifth version of the device, has an always-on display. Previous versions of the watch turned off when not in use to preserve battery. In those older watches, sensors detect when people raise their wrists, turning the screen on. Despite the constant display, Apple says the new watch’s battery lasts just as long.