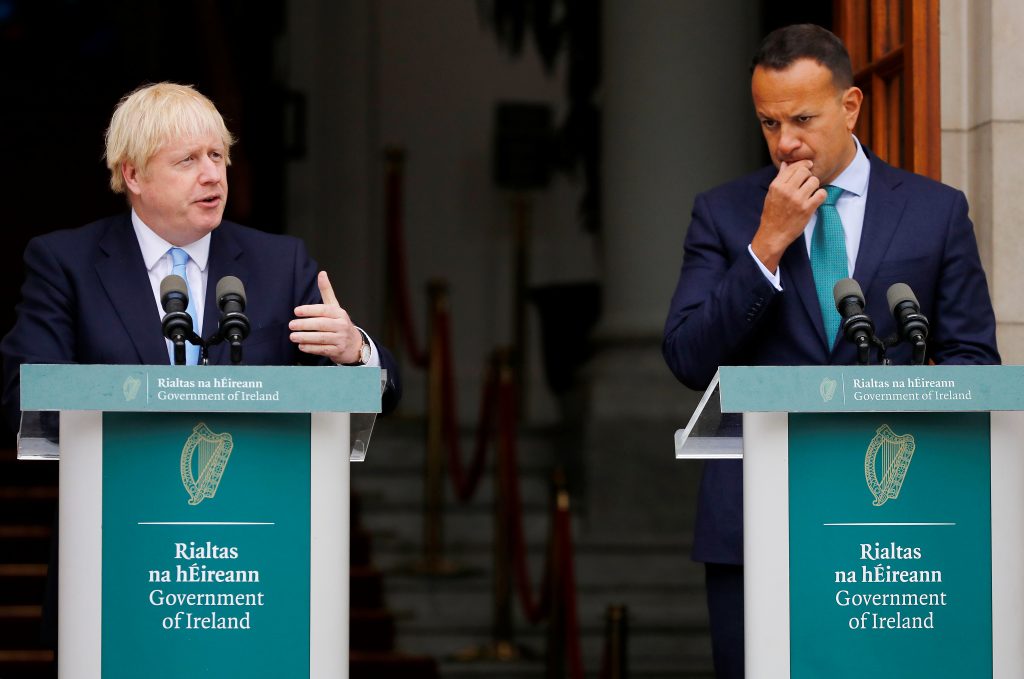 British Prime Minister Boris Johnson said on Monday he wanted a Brexit deal on Oct. 18 and that he was undaunted by attempts by Parliament to block a no-deal exit.

Speaking in Ireland alongside Irish Prime Minister Leo Varadkar, Johnson said he was bringing ideas on ways to resolve the Irish border backstop but that a breakthrough was unlikely on Monday.

“I have one message that I want to land with you today, Leo, that is I want to find a deal, I want to get a deal,” Johnson said. “Like you I’ve looked carefully at no-deal, I’ve assessed its consequences both for our country and yours.”

“And yes, of course, we could do it, the UK could certainly get through it but be in no doubt [that] that outcome would be a failure of statecraft for which we would all be responsible,” Johnson said.

“So for the sake of business, for farmers, and millions of ordinary people who are counting on us to use our imagination and creativity to get this done. I want you to know I would overwhelmingly prefer to find an agreement.”