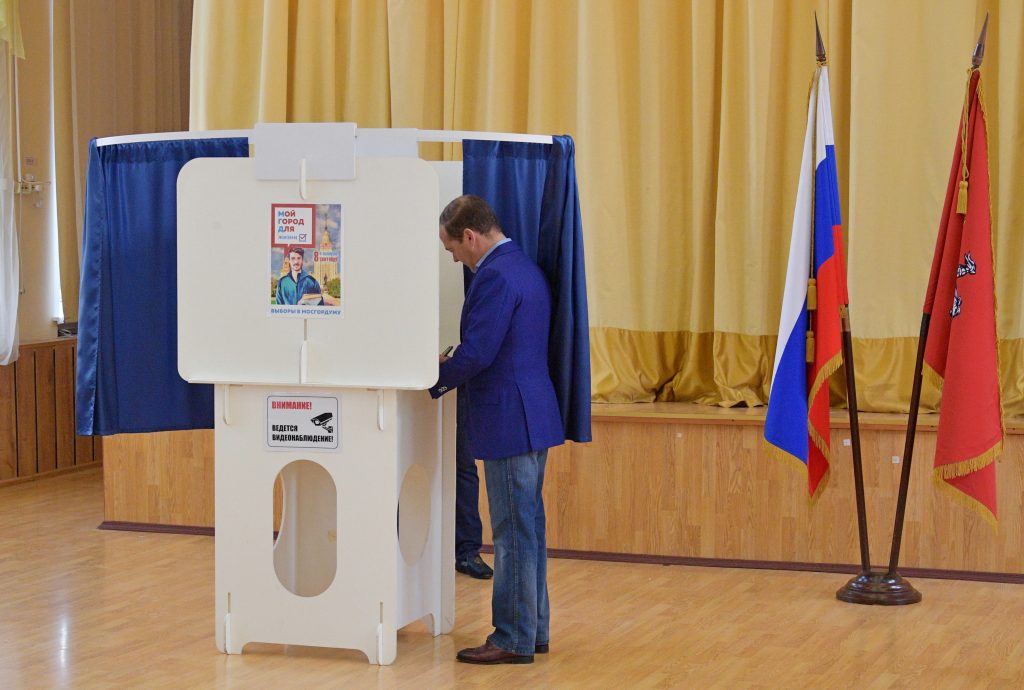 The party of Russian President Vladimir Putin has suffered big losses in Moscow elections as candidates endorsed by his arch-rival won almost half the seats, authorities said Monday.

Elections to the Moscow City Duma are usually low-key affairs but Sunday’s vote grew in prominence when election authorities refused to register a dozen independent candidates, including well-known Kremlin critics.

Their dismissal triggered major opposition protests over the summer and despite a tough police crackdown the demonstrations were the largest in Russia for years.

With all the votes counted, 20 candidates supported by opposition leader Alexei Navalny got seats in the 45-member legislature. All of the 20 candidates, although often nominally opposing authorities, were endorsed by Navalny’s Smart Voting strategy which called on voters to cast their ballots in order to oust the candidates of Putin’s United Russia party.

“This is a terrific result, and we fought for it together,” Navalny said in a tweet in the early hours on Monday.

In a sign that United Russia is losing ground in Moscow, the party did not officially nominate a single candidate for the Moscow City Duma, and all of its members or candidates affiliated with the party ran as independents, playing down their ties to the party.

In the Far East, however, they suffered a crushing defeat. The Liberal Democratic Party won all but one seat in the Khabarovsk City Duma and dominated in several other local elections including the mayoral vote.

Voting in Russia’s second-largest city of St. Petersburg was marred by violations and reported election fraud. Central Election Commission chief Ella Pamfilova told reporters on Monday that she was aware of the reports and will look into them. Alexander Beglov, who was endorsed by Putin, was seen winning the race for governor with 64% of the vote.

Kremlin spokesman Dmitry Peskov told reporters on Monday that the election results showed that the opposition’s idea of protest voting has largely failed.

The opposition celebrated Sunday’s election results that would cut the pro-government presence in the Moscow city council from 38 to 25 but many expressed disappointment with what has been perceived as an unfair registration process.

Daria Besedina, a candidate from the liberal Yabloko party who was allowed on the ballot and won in her district, said on Monday that she would vote for the dissolution of the legislature when it convenes.

“We shouldn’t forget that these were not real elections — a lot of genuine [opposition] candidates who would have won were not allowed to run,” she tweeted. “Moscow would have got an opposition Duma if all the candidates were registered.”