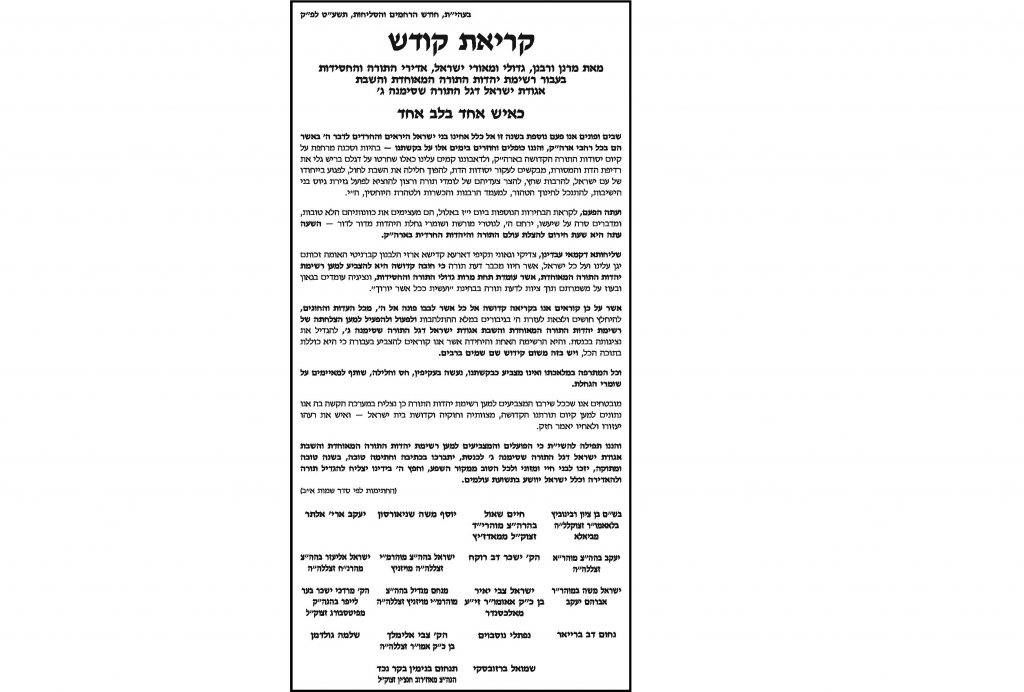 With elections approaching on 17 Elul, the Moetzes Gedolei Hatorah of Agudas Yisrael in Eretz Yisrael released a strong statement asking all their followers to vote in the upcoming elections. After explaining the dangerous plans of those who seek to uproot the Torah way of life, the Moetzes declared that as agents of the Gedolim of previous generations, they are reminding every person to vote for Yahadus Hatorah in the upcoming elections.

In an unprecedented declaration, the Moetzes Gedolei Hatorah proclaimed, “Anyone who is lax in their obligation and does not vote as per this request, is indirectly combining with the ones who are threatening those who protect the holy embers [of Judaism].”

“We beseech Hashem Yisbarach that those who toil and vote for the Knesset list of United Torah Judaism and Shabbos, Agudas Yisrael and Degel Hatorah, whose symbol is Gimel, shall be blessed with a kesivah vachasimah tovah, a good and sweet year, and the desires of Hashem should be successful in our hands, to expand Torah and glorify it, and Klal Yisrael shall be saved with an eternal salvation.”