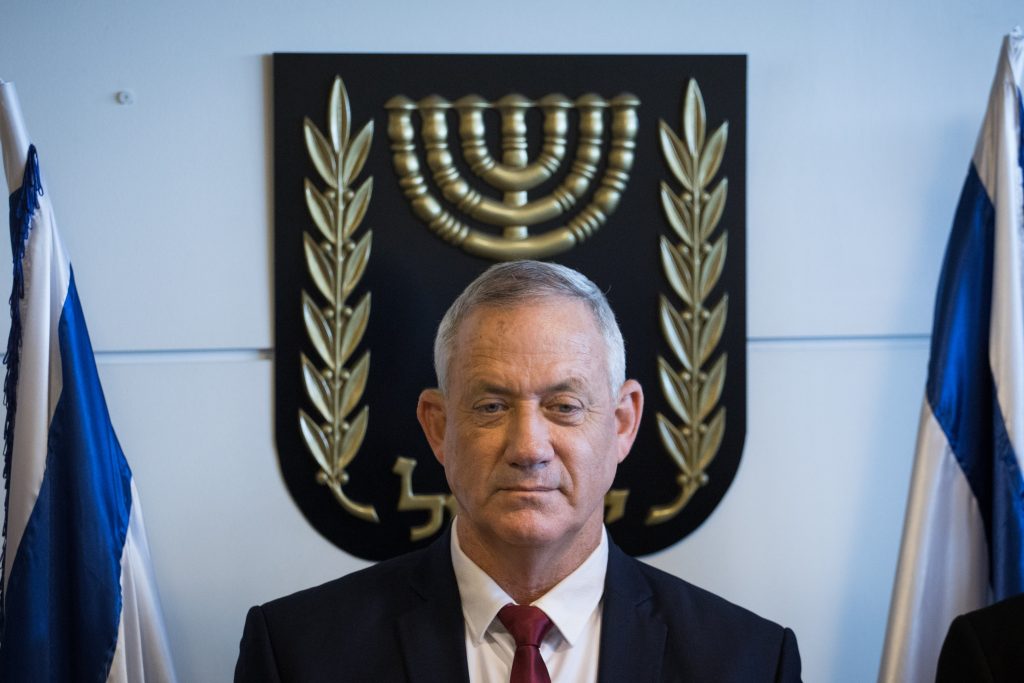 Previous to the latest Walla news poll, Likud had been slightly in the lead or tied with Blue and White.

The blow was softened, however, by the poor showing of Avigdor Liberman’s Yisrael Beytenu, with only 8 Knesset seats, after recent polls have been giving them as many as 10 or 11.

Another possibly significant finding was that the far-right Otzmah Yehudit would win 4 seats if elections were held today, making it the second poll showing the party passing the electoral threshold.
Other parties: Joint Arab List and Yamina would receive nine mandates each. United Torah Judaism would win 7 and Shas 6.

The Democratic Union would receive six seats, as would the joint Labor-Gesher list.
Overall, the religious-right wing bloc fared better than before, with a total of 58 Knesset seats, up from 56 in the previous poll, while the center-left bloc would win 54 Knesset seats.