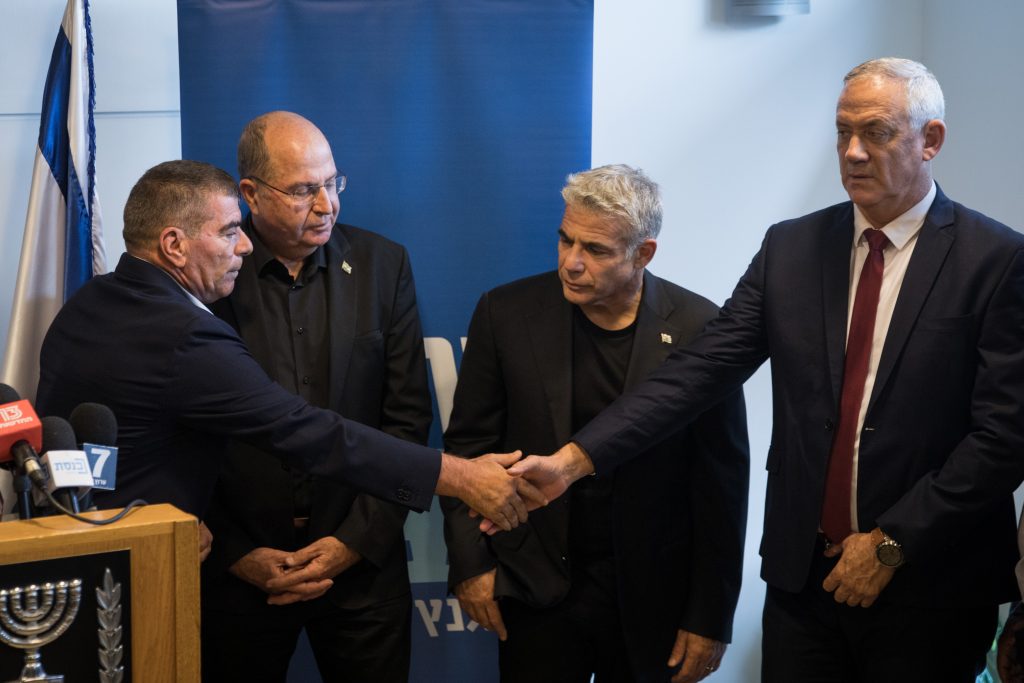 The timing of Prime Minister Binyamin Netanyahu’s revelation about a hitherto unknown Iran nuclear weapons site on Monday has met with accusations from opposition politicians that he is exploiting sensitive security matters for election propaganda.

With just eight days left before Israelis go to vote, and only hours after a Netanyahu-backed bill to allow cameras in polling stations was defeated in Knesset committee, linking the speech to the political situation had to be expected.

Blue and White chief Benny Gantz said: “It is strange that the information was publicized hours after the ‘cameras bill’ crashed. Netanyahu’s use of sensitive security information for [election campaign] shows poor judgment. Even in his last days as PM, Netanyahu only cares about Netanyahu,” Gantz tweeted.

His No. 2, Yair Lapid, accused PM Netanyahu of “shocking irresponsibility. The Iranian nuclear program cannot be used for campaign shenanigans,” he said in a statement.

The left-wing Democratic Camp intoned: “The ink hasn’t dried from the latest failed spin, and already Netanyahu presents another attempt to sell out the state’s security for personal gains.

“It would be better for someone suspected of bribery, fraud and breach of trust not to deal with security,” it added.

Responding to the criticism, officials in the Prime Minister’s Office said that the timing of the press conference had been determined by events. Security officials recommended that he reveal the information immediately after a press conference held earlier in the day by the head of the International Atomic Energy Agency (IAEA), who returned from Tehran with confirmation that Iran is preparing to use more advanced centrifuges, another breach of limits set in the country’s unraveling nuclear deal with major powers.

In his speech on Monday evening, Netanyahu referred to the Mossad’s exposure of an Iranian “secret nuclear warehouse in Turquzabad which Iran used for storing materials and equipment for its secret nuclear program.

“The IAEA found traces of uranium that Iran hid in these sites. That’s a direct violation of the NPT, the Non-Proliferation Treaty.

“Earlier today, the IAEA demanded that Iran answer its questions regarding these violations and Iran refused.”