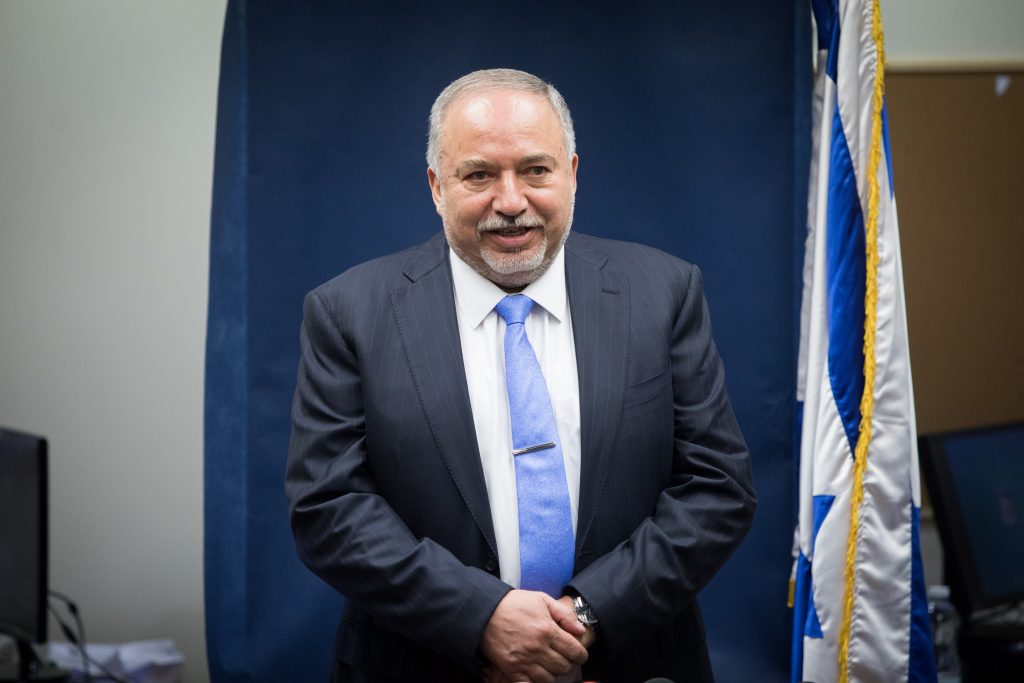 In a political “zig-zag,” Yisrael Beytenu head Avigdor Liberman said Monday that his party would not support the Camera Law that seeks to place cameras in polling places in an effort to prevent voter fraud.

Speaking at a meeting of his party’s MKs, Liberman said that the only way he would support the placement of cameras was with the cooperation of the Central Elections Committee – which opposes the Camera Law.

As it stands now, the placement of cameras will be “directed by the militias of Binyamin Netanyahu, and this cannot be allowed. The law clearly gives him extra power and makes things unequal. Netanyahu’s law is not one of supervision, but one of disturbing and stealing the elections. If our demands on the law are not taken into consideration, we will vote against it.”

With that, Liberman said, “we are in favor of supervision of the elections, as long as it is the same supervision for everyone, conducted by an official body. You cannot discriminate on the basis of parties,” which, Liberman said, the law does. Regarding his “flip-flop,” in which he said several times – as recently as Sunday afternoon – that his party would support the law, Liberman said that “we saw the law for the first time Sunday and we were shocked.”

Without Liberman’s votes, the Likud, which is sponsoring the bill, will not be able to get a 61 vote majority in the Knesset, even for the bill’s first reading, which is set for later Monday. The coalition has 59 definite votes, with MK Ro’i Falkman of Kulanu also declaring that he would vote against the bill. The bill’s only chance of passage is absence or abstention by one of the opposing parties. In a statement, the Likud said that it would proceed with the legislation.

MK Rabbi Uri Maklev (United Torah Judaism) said that the only reason Liberman was opposed to the law was “to continue the current situation and enable his people to fraudulently record votes, as they have done in the past. It’s an upside-down world – they blame the chareidi public for election fraud, but the chareidi parties support the law. Meanwhile those who accuse us baselessly are the ones who have all sorts of excuses for opposing the law.”

Quick to defend Liberman was Blue and White head Benny Gantz, who said that “the Camera Law is Netanyahu’s latest bluff to hide the fact that we have lost our deterrence in the south. This will not fool Israelis. The only one who is trying to fake anything in these elections is Netanyahu.”