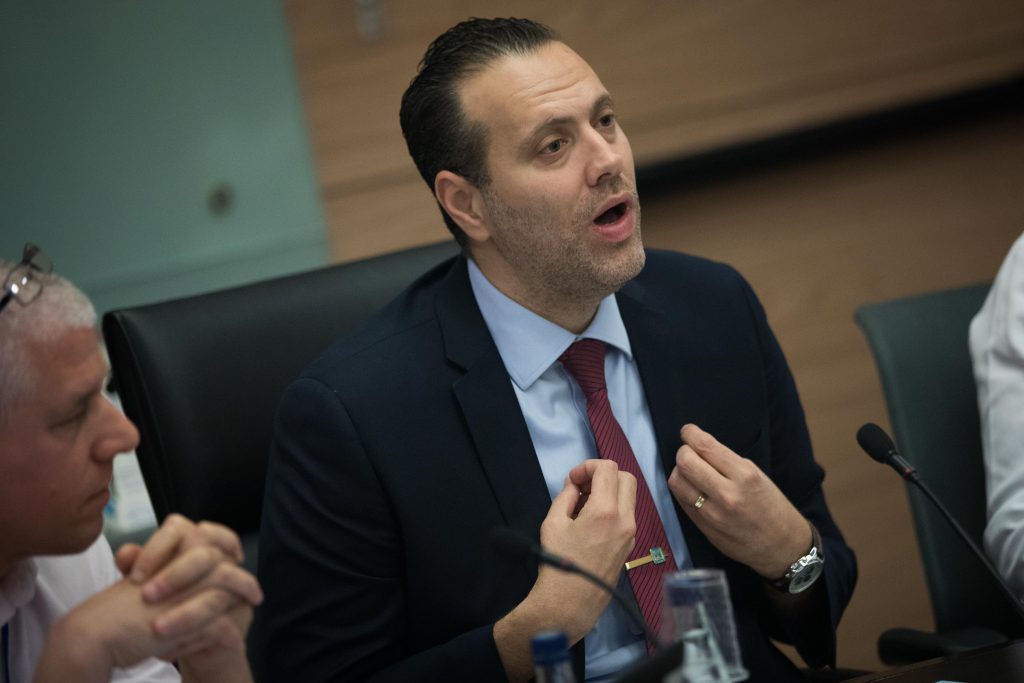 MKs on the left celebrated the failure of the Camera Law to get out of committee and on towards a Knesset vote Monday. The law failed to make it to a plenum vote after a 12-12 tie on the Knesset Control Committee, which requires a majority to allow MKs to vote on a bill. MK Ofer Shelach (Blue and White) said that the failed voted showed that “the pathetic incitement by Binyamin Netanyahu has failed, in which the prime minister sought to implicate large numbers of communities in his inevitable loss. Now that ‘spin’ has fallen loudly in the Knesset. Next week will come the great fall” of the government and especially of Netanyahu, he said.

The failure of the bill to get to a Knesset vote elicited disappointment from rightwing MKs. The bill would have allowed for the deployment of security cameras in polling stations. Officials would have been able to film and record individuals as they entered the polling station, to ensure that they vote only once. The cameras were also be used to record the vote counting, to ensure that there were no inconsistencies in the count. The Likud has charged that in previous elections, individuals, especially in the Arab sector, have posed as other voters in order to “stuff” ballot boxes with candidates they preferred.

The bill had been on a fast track to Knesset approval – until Monday morning, when Yisrael Beytenu head Avigdor Liberman said his party would vote against it. Likud MK Miki Zohar, chairperson of the Knesset Control Committee, said that despite the numbers – which already before the vote indicated that it would not pass – “we will conduct the vote anyway, so that we can see with our own eyes who is working to expand the United Arab List. Had there been cameras in the April election, the New Right party would have made the electoral threshold, and Arab party Balad would not have been in the Knesset. We realized that without cameras, there would be no way to ensure true results. The left is planning to rely on Arab votes to form a government, and Liberman will help them. Is there no limit?”

In response, UAL MK Osama Sa’adi began shouting at Zohar, demanding to know what examples of fraud he had. Sa’adi refused to stop his shouting, and he was hustled out of the meeting by Knesset staff.

Justice Minister Amir Ohana, sponsor of the bill, also expressed disappointment. “First they tell us we can’t place cameras without legislation, then we prepare legislation and they tell us we can’t pass it before the election,” referring to comments by President Reuven Rivlin earlier. “In other words, we are allowed to board the train, but only after it has left the station. Let the Knesset decide who this law benefits in a free and open debate. Anyone who opposes it is in favor of election fraud.”

Commenting on the bill’s failure to make it to the Knesset for a vote, UAL head Ayman Odeh said that “with the Camera Law gone, Netanyahu is now in the battle of his life and he is fighting the Arab community, the justice system and democracy itself. The ‘martyr act’ of Netanyahu is coming to an end.”