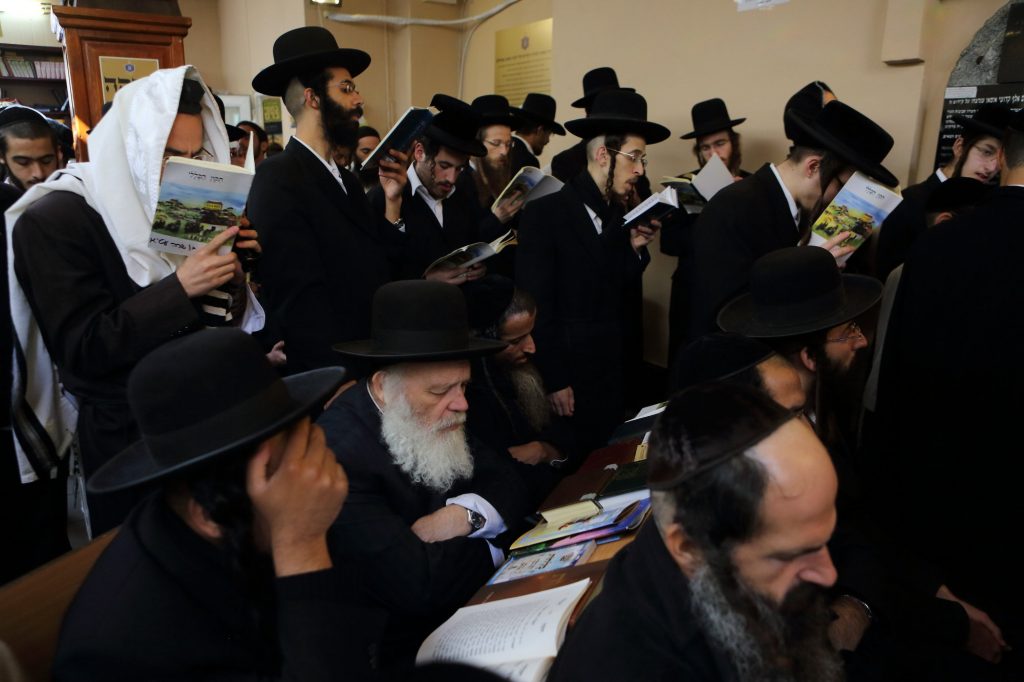 Last week, a preparatory meeting took place in the Israel Consulate in Kiev ahead of the annual nesiah of tens of thousands of Jews to Uman for Rosh Hashanah.

Organizers expect that the annual pilgrimage to the kever of Harav Nachman of Breslov, which is located in the relatively small town of Uman, will surpass 50,000 people this year. In light of the massive amount of visitors, most of whom come from Israel, Israel’s Foreign Ministry organized a meeting of the major organizations involved in running and securing the event. Among those present were Israeli Ambassador to the Ukraine Mr. Joel Lion, a representative of Israel’s police force, local health agencies and law enforcement and Chief Operations Director for United Hatzalah David Krispel.

During the meeting, each representative presented a summation of the previous year’s operation. In addition, Krispel presented the gathered panel with the operational plan for the health management of the pilgrimage for the upcoming celebration. Included in the plan was the oversight and operation of the local medical clinic operated and run by United Hatzalah volunteers, as well as how the organization plans to equip and dispatch volunteer first responders and ambulance teams throughout the town over the holiday.

Krispel showed the gathered representatives the map outlining the sign placements as well as emergency medical service points that are being set up in the town. The in-depth details given at the meeting were well received by local authorities who will be able to use the information to coordinate their efforts together with those of United Hatzalah during the chag.

Toward the end of the meeting, the commanding officer of emergency services for the region praised the cooperation between the organization and local authorities that took place last year and said that he wishes to strengthen that cooperation and establish a joint training drill prior to the influx of the tens of thousands of visitors expected this year.