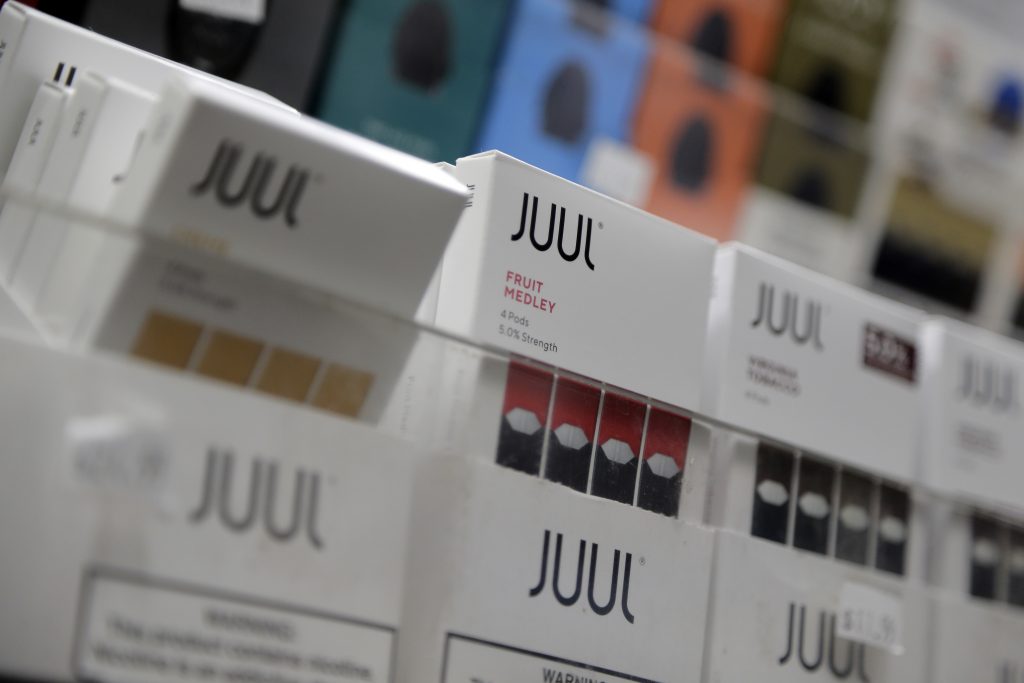 Federal health authorities on Monday blasted vaping giant Juul for illegally pitching its electronic cigarettes as a safer alternative to smoking and ordered the company to stop making unproven claims for its products.

The Food and Drug Administration also upped its scrutiny of a number of key aspects of Juul’s business, telling the company to turn over documents on its marketing, educational programs and nicotine formula.

The FDA action increases the legal pressure on the nation’s best-selling vaping company, which has been besieged by scrutiny by state and federal officials since a recent surge in underage vaping. Federal law bans sales to those under 18. The FDA has been investigating Juul for months but had not previously taken action against the company.

A Juul spokesman said the company is reviewing the FDA comments and “will fully cooperate.”

In a sternly worded warning letter, the FDA flagged various claims made by Juul representatives, including that its products are “much safer than cigarettes.” Currently no vaping product has been federally reviewed to be less harmful than traditional tobacco products, and that won’t happen for a while.

In the past year, Juul has tried to position its e-cigarettes as a tool to help adult smokers stop smoking, using the tagline “Make the Switch.” In a separate letter to the company, the FDA said it is “concerned” that its campaign suggests “that using Juul products poses less risk or is less harmful than cigarettes.”

“JUUL has ignored the law, and very concerningly, has made some of these statements in school to our nation’s youth,” said FDA acting commissioner Ned Sharpless, in a statement.

The agency’s warning letter highlights an incident recounted by two New York high school students during a congressional hearing in July. The students said a representative of Juul was invited to address the school as part of an assembly on mental health and addiction issues. During the presentation, the students said the representative told them the company’s product was “totally safe.” The representative also showed students a Juul device and claimed the FDA “was about to come out and it was 99 percent safer than cigarettes.”

Juul says it discontinued its school programs — which were intended to discourage underage use — last September.

FDA warning letters are not legally binding, but regulators can take companies to court if they don’t comply with the government’s requests.

E-cigarettes have been on the U.S. market for more than a decade, but the FDA didn’t gain the authority to regulate them until 2016. E-cigarette makers have until next May to submit their products to the FDA for health reviews.

Most experts, though, agree the aerosol from e-cigarettes is less harmful than cigarette smoke since it doesn’t contain most of the cancer-causing byproducts of burning tobacco. But there is virtually no research on the long-term effects of vaping. E-cigarettes generally heat liquid containing nicotine.

In a letter to Juul CEO Kevin Burns, FDA regulators said they were “troubled” by a number of other points raised at the congressional hearing. The letter cites congressional testimony that Juul’s advertising “saturated social media channels frequented by underage teens,” and “used influencers and discount coupons to attract new customers.”

Last year, Juul closed down its social media sites. And under pressure, it voluntarily removed its fruit and dessert flavors from retail stores.