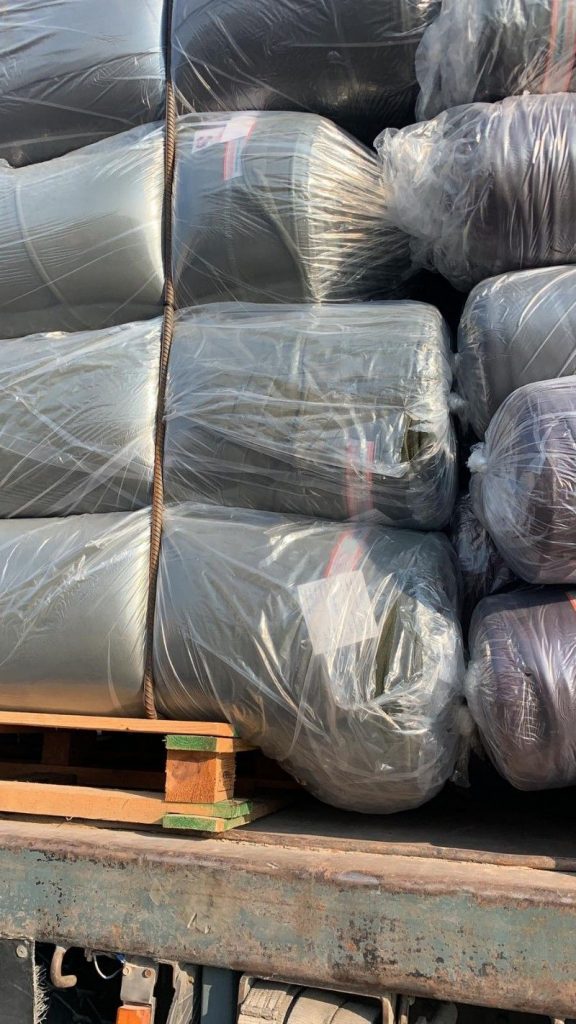 Security officials on Sunday seized a large amount of green military-style material, of the type that could be used to manufacture military uniforms and camouflage outfits, it was released for publication Monday. Such material is considered a dual-use item, which could possibly be used by terrorists to attack Israel, and is banned from entry into Gaza.

The material was seized at the Kerem Shalom crossing, after a routine check of cargo entering Gaza. The material was part of a shipment of hundreds of bolts of materials that were being transferred into Gaza. Hidden within the shipment were dozens of bolts of the dual-use material, which were not registered on the import documents presented to customs agents.

In a statement, officials said they would not allow any dual-use items into Gaza, because of the high probability that these items will be used to attack Israeli civilians and soldiers.

Overnight Sunday, security officials said they arrested 14 wanted security suspects in other areas in Yehudah and Shomron. The suspects were wanted for participating in rioting and throwing stones and firebombs that endangered Israeli civilians and IDF soldiers. Several of the suspects were also charged with belonging to Hamas. All were being questioned on their activities by security forces.