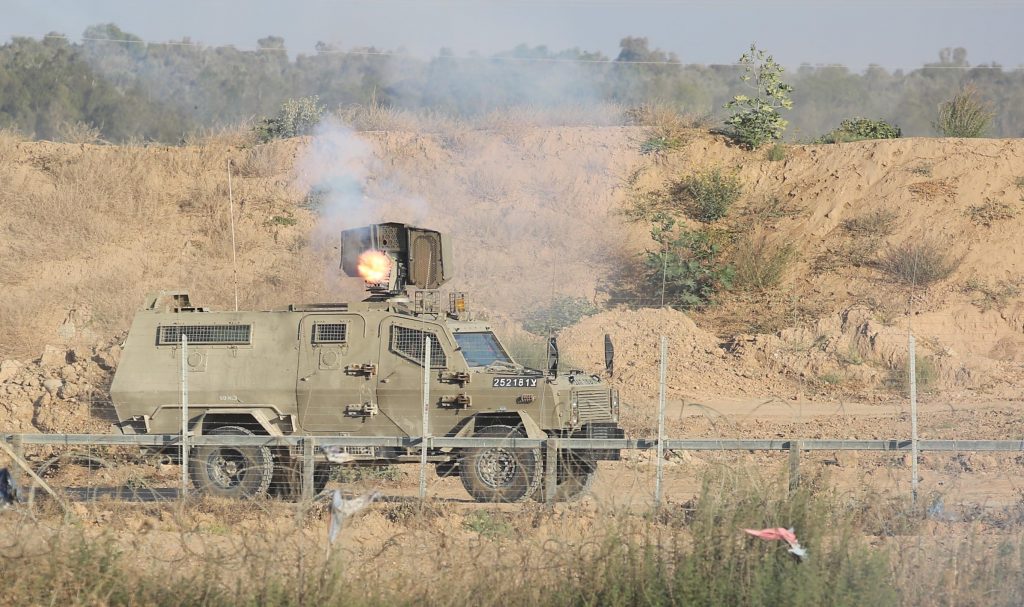 After a long period with no contact, the Egyptian team that deals with Hamas returned to Gaza Sunday night, to discuss ways to lower the simmering tension with Israel. The delegation arrived after Hamas sent a drone over Israeli airspace on Saturday. The drone dropped a bomb and damaged an IDF vehicle. Army officials called the incident “very serious,” and threatened a stronger Israeli response to the incident.

Arab media reports said that the Egyptians had presented an Israeli offer to Hamas: Quiet before the elections, in return for significant Israeli concessions on travel and the import of goods to Gaza.

The reports did not say what Hamas’s response was, but as the discussions were going on, Hamas terrorists fired a rocket at Israel, causing Red Alert sirens to go off Sunday night. The rocket fell short of its target and landed in Gaza.

Speaking in a radio interview, Foreign Minister Yisrael Katz said that Israel was “moving towards an all-out battle that will mean the end of Hamas rule in Gaza.” Speaking to Reshet Bet, Katz said that Israel “sees the fingerprints of Kassam Soleimani,” a top member of Iran’s Revolutionary Guard, “in the recent terror attacks from Gaza. The next round in Gaza will be a major one, and we are trying to prevent it. In that round the Hamas leadership will be destroyed.” By working with Iran, “Hamas and Islamic Jihad are bringing their own destruction nearer,” Katz added.