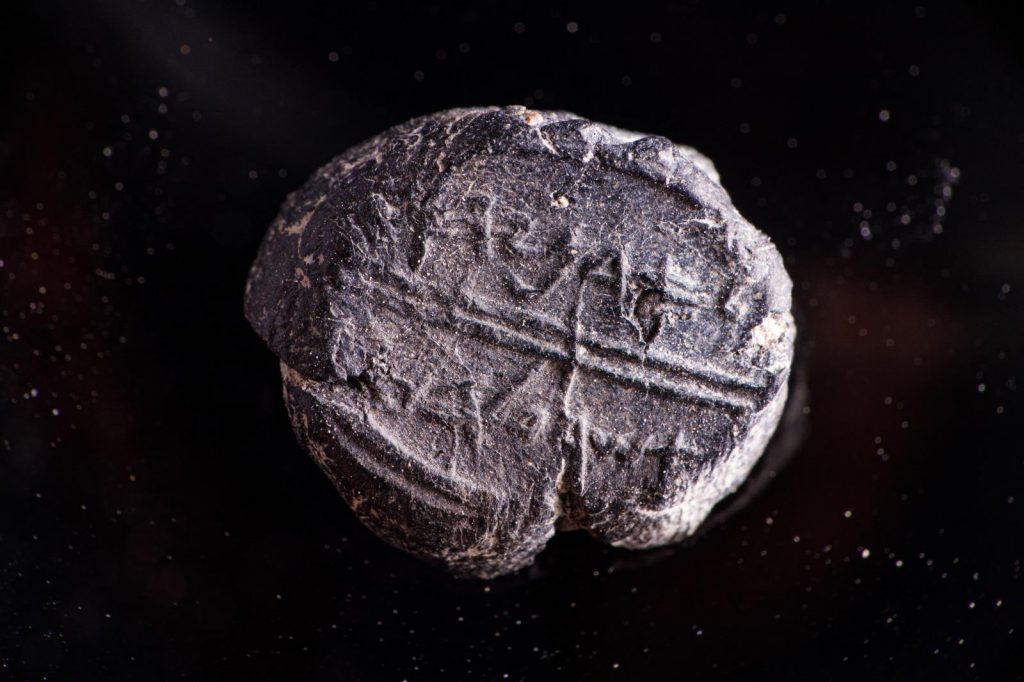 A seal bearing a Hebrew name believed to be 2,600 years old was uncovered in an excavation in 2013 near the Kosel, an archeologist working with the Israel Antiquities Authority, revealed on Monday.

The seal is inscribed with the name of “Adenyahu Asher Al HaBayit,” meaning “Adenyahu by Appointment of the House,” role in the king’s court during the period of Shlomo Hemelech.

The one-centimeter-wide bulla (0.4 inch) was used to sign documents.

“This is the first time this kind of archaeological discovery has been made in Jerusalem,” said archeologist Eli Shukron, who conducted the initial excavations at the foundation stones of the Kosel, north of Silwan on behalf of the IAA. “The biblical term ‘Asher Al HaBayit‘ was the highest ranking ministerial position beneath the king during reigns of the kings of Judea and Israel, it is undoubtedly of great significance,” he said.

The artifact was uncovered three weeks ago as part of the City of David’s volunteer Archaeological Experience by an Israeli teenager named Batya Howen.

“I began sifting through the bucket of dirt by washing it under a stream of water, and suddenly I recognized a small black-colored piece of metal,” Howen recalled. “To hold such a significant find from 2,600 years ago, from the time of the Kingdom of Judah, is an amazing thing.”