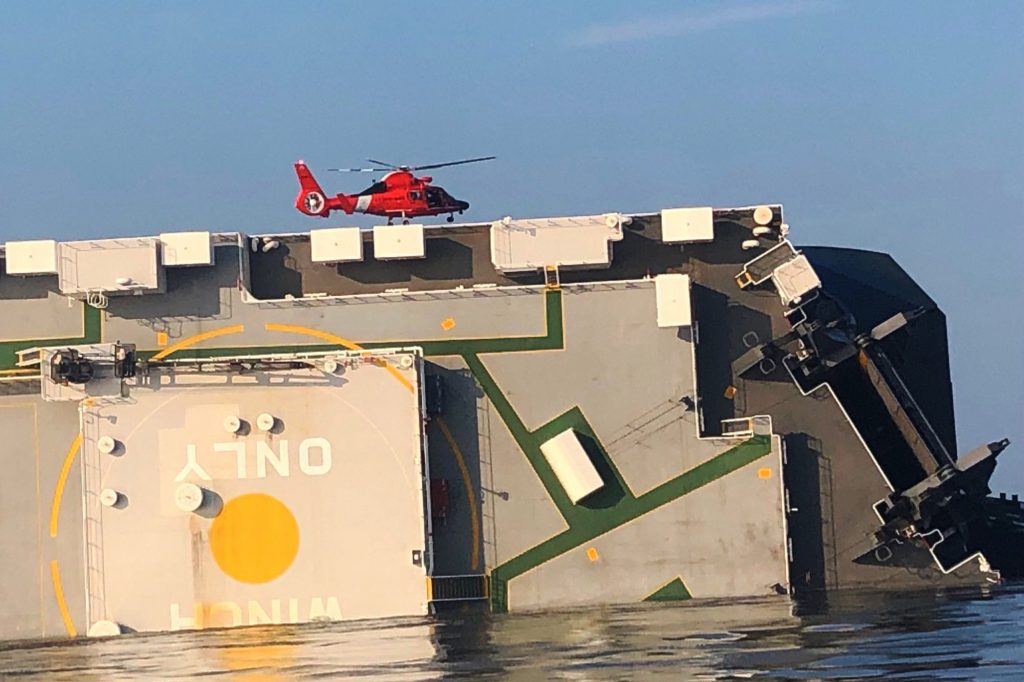 Coast Guard officials say they have rescued three of four crew members from an overturned cargo ship off the coast of Georgia, but they’re still working on a plan to rescue a fourth crew member trapped on another deck.

Capt. John Reed says at least two of the South Korean men who were extracted from a hole drilled in the hull of Golden Ray were able to walk with assistance down to a waiting boat. All three are being examined by medical personnel.

Reed says the three men have seen the fourth person, who is trapped behind glass in the ship’s engineering compartment. He says marine engineers are working on a plan to get him out.

The rescue came 36 hours after the Golden Ray flipped onto its side and caught fire Sunday as it left Brunswick, Georgia, with more than 4,000 vehicles inside.