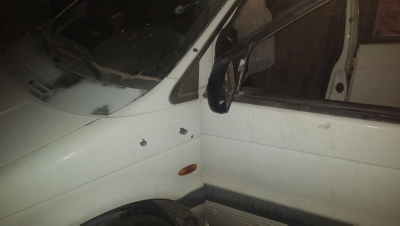 One of the terrorists responsible for the murder of a Rabbi Eitam and Naama Henkin, Hy”d, four years ago has died while in custody at an Israeli hospital, the Israeli Prison Service said in a statement Sunday.

Bassem Amin Muhammad Saih, a resident of Shechem, died at the Assaf Harofeh Medical Center in Tzrifin on Sunday, the IPS said.

The terrorist had been suffering from a terminal illness while serving out his sentence for two counts of murder on nationalistic grounds, weapons-related offenses, attempted murder, throwing stones, kidnapping, membership in a terrorist organization, and other offenses.

Saih was part of a terrorist cell which was arrested following the murder of the Henkins in a shooting attack on the road between Itamar and Elon Moreh in the Shomron on Chol Hamoed Sukkos nearly four years ago.

The couple was shot and killed by the terrorists while driving with their four young children, including a 4 month old, who were in the backseat of the car during the shooting but were unharmed.