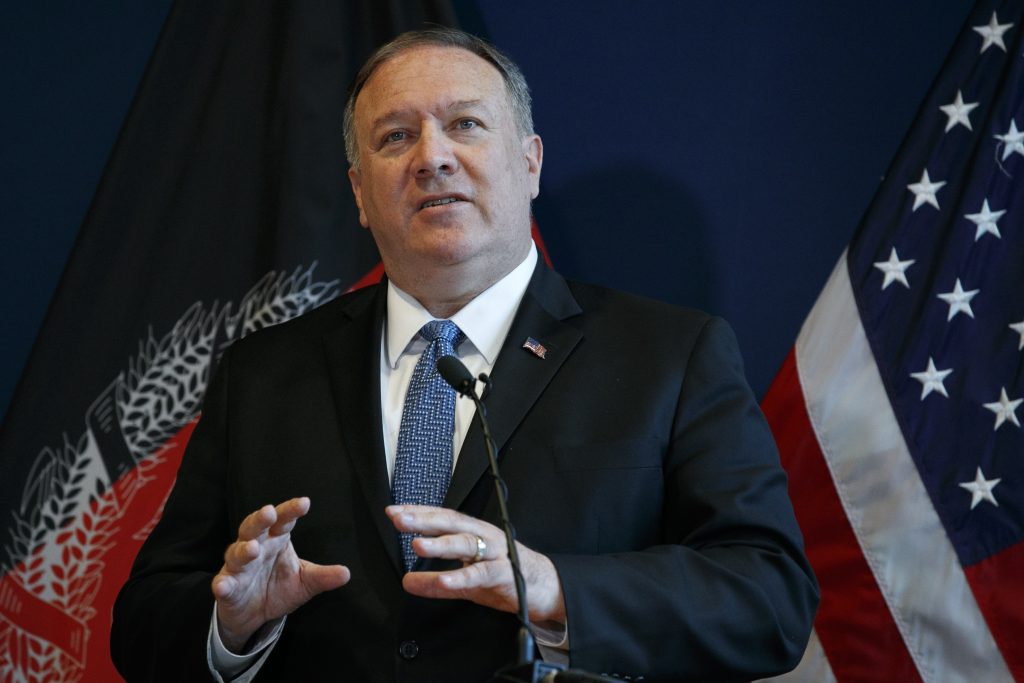 The United States will keep on pressuring Taliban terrorists to live up to commitments made in peace talks and will not reduce military support for Afghan troops in the meantime, Secretary of State Mike Pompeo said on Sunday.

“If the Taliban don’t behave, if they don’t deliver on the commitments that they’ve made to us now for weeks, and in some cases months, the president is not going to reduce the pressure, we’re not going to reduce our support for the Afghan security forces that have fought so hard there in Afghanistan,” Pompeo said in an interview with CNN.

Pompeo said the Taliban “overreached” with their car bomb attack in a diplomatic area near the U.S. Embassy in Kabul, killing an American soldier — and that led President Donald Trump to pull back from planned Afghanistan peace talks at Camp David.

Pompeo said it’s now up to the Taliban to “change their behavior.” He didn’t say whether or when peace talks would resume.