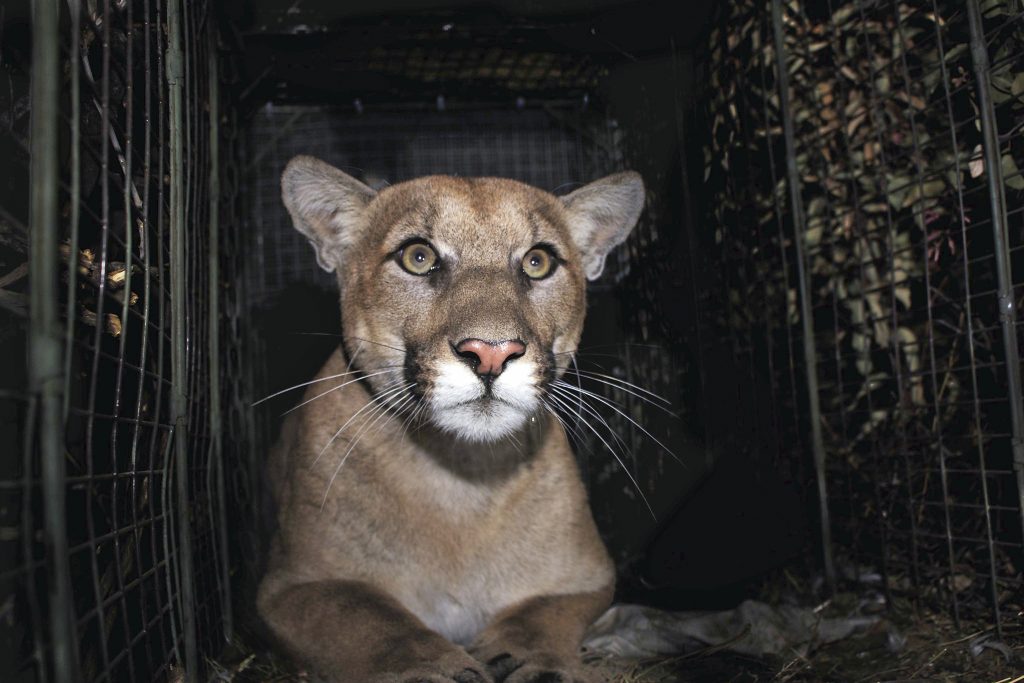 A mountain lion that in July became the first GPS-tracked cougar to successfully cross the 405 Freeway was struck and killed on the freeway in the Sepulveda Pass early Saturday, officials said.

The 4-year-old male mountain lion known as P-61 is believed to have been killed about 4 a.m. on the freeway between Bel Air Crest Road and the Sepulveda Boulevard underpass, the Santa Monica Mountain National Recreation Area posted on its social media.

The California Highway Patrol was alerted and called in Los Angeles Animal Control officers, who retrieved the cat’s body and radio collar and notified the state Department of Fish and Wildlife and researchers at the recreation area.

P-61, who was first captured and outfitted with a collar in October 2017, had previously crossed the busy 10-lane freeway near the Sepulveda Pass in the early morning hours of July 19, according to the recreation area. He was the first GPS-collared cougar tracked by state park officials to cross the freeway during a 17-year study of mountain lions in and around the Santa Monica Mountains.

Researchers are not sure why P-61 tried to cross the freeway again, according to the recreation area. Based on his GPS points, he had been staying close to the eastern edge of the 405. Officials said P-61 may have had a negative encounter with an uncollared male mountain lion that lives in that area, prompting the cat to try to move back west.

Other large cats have met their end trying to cross the 405. In 2011, P-18 was struck and killed by a vehicle in the same general vicinity. Two years earlier, an uncollared lion met the same fate.

At least six bobcats were struck and killed by vehicles in the Santa Monica Mountains earlier this year.

The 2018 Woolsey fire may have played a role in the uptick in deaths as animals roamed larger areas to seek food and water.

Freeways act as a barrier for the local mountain lion population. Of the 75 mountain lions that have been studied, researchers have typically found that many travel to the edge of freeways without crossing.

Plans are underway to build an $87 million wildlife crossing bridge on the 101 Freeway in Agoura Hills. The mostly privately-funded project, which is in its final design stages, is expected to break ground within two years, according to the California Department of Transportation.