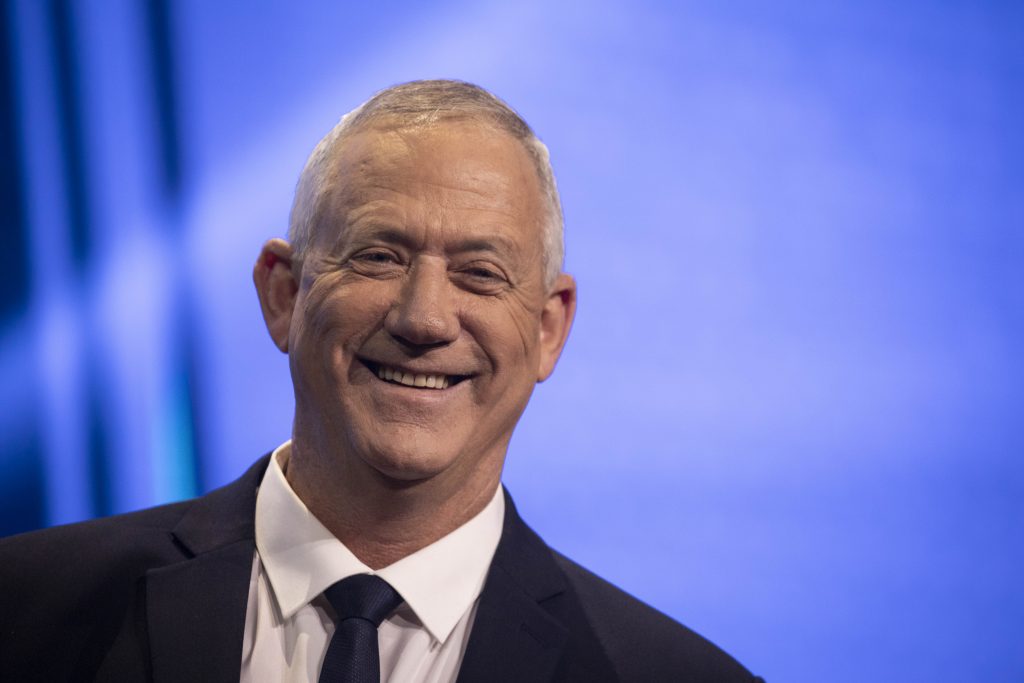 Blue and White leader Benny Gantz has for months fended off attacks by Prime Minister Binyamin Netanyahu insisting that Gantz is a leftist who relies on Arab support for his electoral bid.

Now Gantz has made his position perfectly clear: “There is no reason I wouldn’t look Israeli Arabs in the eyes and say to them: You are equal and influential in every way,” Gantz said. But that he could not allow them into a Gantz-led coaltion, because of “diplomatic reasons,” according to The Jerusalem Post.

That, presumably was a reference to the virulent anti-Zionist stance of the Joint Arab List, which routinely takes the side of Israel’s enemies.

“There is no obstacle for me to take care of problems of violence in Arab society, in planning problems, in education problems,” Gantz explained. “I want to serve Arab society in Israel like every other citizen.”

Joint List chairman Ayman Odeh said recently that he would consider recommending Gantz as prime minister, but that he was unlikely to join the coalition, setting conditions for doing so that were improbable, such as ending “the occupation.”

Another politician the center-left leader said he could not coalesce with was Transportation Minister Bezalel Smotrich, a national-religious MK on the Yamina slate. “I have a problem with racist attitudes. People are people are people. A transportation minister who says his wife should not be cared for by an Arab midwife – that sounds racist to me. I’m against extremism and racism,” he said.

Last April, Smotrich tweeted that “it’s natural that my wife wouldn’t want to lie down [in a bed] next to a woman who just gave birth to a baby who might want to murder her baby twenty years from now.”

Meanwhile, the Democratic Union party was having its own issues with Israel’s Arabs.

Ali Salalha, a Druze representative from Meretz and a candidate on the Democratic Union list, resigned last week, saying that Arab voters will not give their vote to former prime minister Ehud Barak, a DU co-founder, Haaretz reported on Sunday.

Salalha wrote in his resignation letter that, “in light of the circumstances [that the Democratic Union has] created, and after consulting with my friends and supporters: Druze, Muslim and Christian Arabs of all regions, I have decided that my moral obligation was to resign and respect the will of those who gave me their vote last April,” according to media reports.

After Meretz joined DU, Salalha dropped from the 5th to the 20th spot on the list, virtually guaranteeing he would not sit in Knesset, as the party is not expected to reach double digits at all. “All of a sudden you drop the media star of the previous election – the legendary school principal that made the Druze school system the best in the country?” Salalha told Haaretz.

Salalha reportedly does not believe the Democratic Union will get significant support among Arab and Bedouin voters with Ehud Barak in its leadership, whom many Israeli Arabs blame for the killing of 12 Israeli citizens and one Palestinian in the October events of 2000 that led to the Second Intifada. Barak, who was prime minister at the time, apologized for his role in the incident earlier in the campaign.