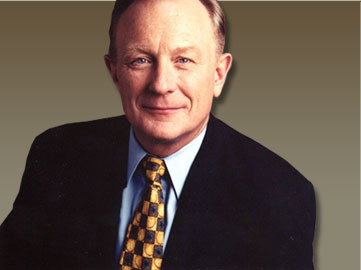 California Republicans have approved a rule change intended to ensure the party can send delegates to the GOP’s national convention next summer, even if President Donald Trump is kept off the state’s 2020 primary ballot.

The measure was drafted in response to a state law signed by Democratic Gov. Gavin Newsom in July that requires presidential candidates to release their tax returns, a move aimed squarely at the Republican president.

Republican National Committee member Shawn Steel said he was confident the law would be voided in court. He said the rule change Sunday represented a stop-gap measure, if needed.

“It’s just planning ahead,” he said.

The one-time change, worked out with the Trump campaign, provides a pathway to send state delegates to the national convention, even if President Trump is blocked from the state ballot.

It would allow the party to hold a special convention after the state’s March 2020 primary and determine the candidate, in this case Trump, who would compile a slate of delegates and alternates to send to the national convention.

The Trump campaign has sued to block the law, arguing that it violates the U.S. Constitution by adding an additional requirement to run for president and by denying voters their right to associate with their chosen candidates.

Leading Democratic candidates for president have publicly disclosed their personal income tax returns while Trump has refused to do so, breaking with decades of tradition by candidates from both parties.

Even if the law withstands a legal challenge, Trump could avoid the requirement by choosing not to compete in California’s March 3, 2020, primary.

The Republican National Committee does not require candidates to appear on primary ballots in all 50 states. With no credible GOP challenger at this point, Trump likely won’t need California’s delegates to win the Republican nomination. The law does not apply to the general election ballot.