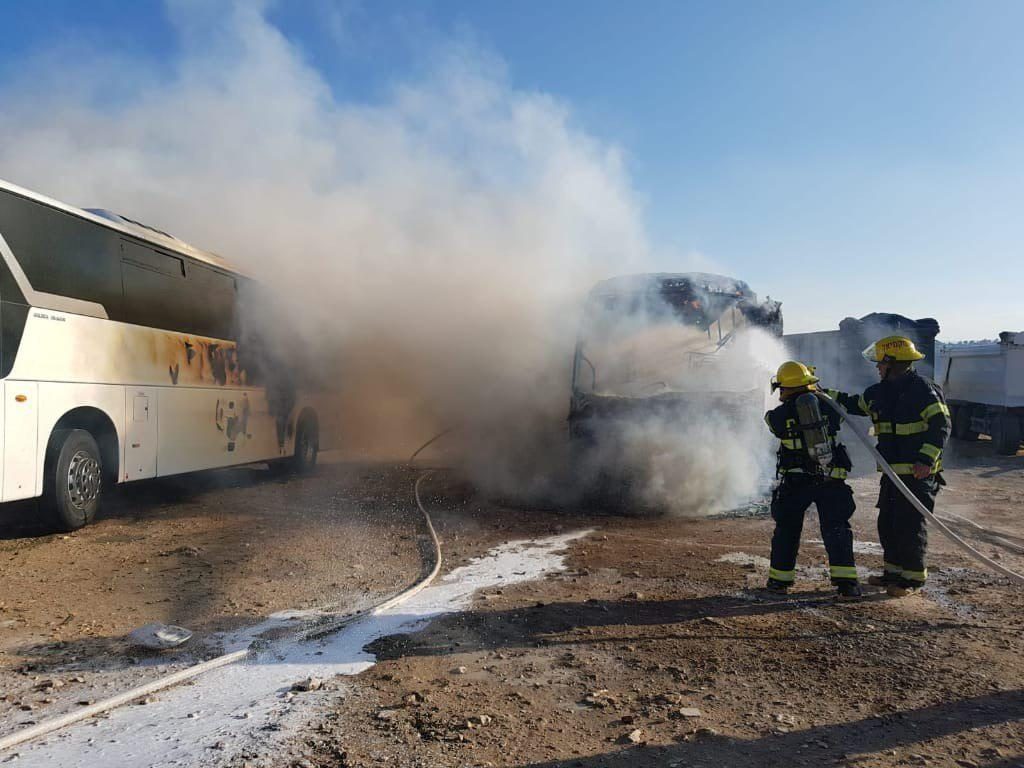 For the third time in a week, firefighters in Yerushalayim battled a blaze in which large commercial vehicles were targeted by arsonists. A weekend fire at a bus depot near the Armon Hanatziv neighborhood in the city destroyed one bus and damaged a second one, firefighters said.

Firefighting crews responded very quickly to alarms from the scene of the blaze, preventing a larger fire from breaking out and limiting the damage. Last weekend, two other buses that were parked in the Beit Hanina neighborhood were set afire, causing them to be completely burned. Also last week, a fuel truck was set on fire in southern Yerushalayim, with dozens of firefighters responding to prevent an explosion of the truck.

Investigators said that arson is suspected in all three cases. Investigations in all three incidents are currently ongoing, but so far there are no suspects, police said.